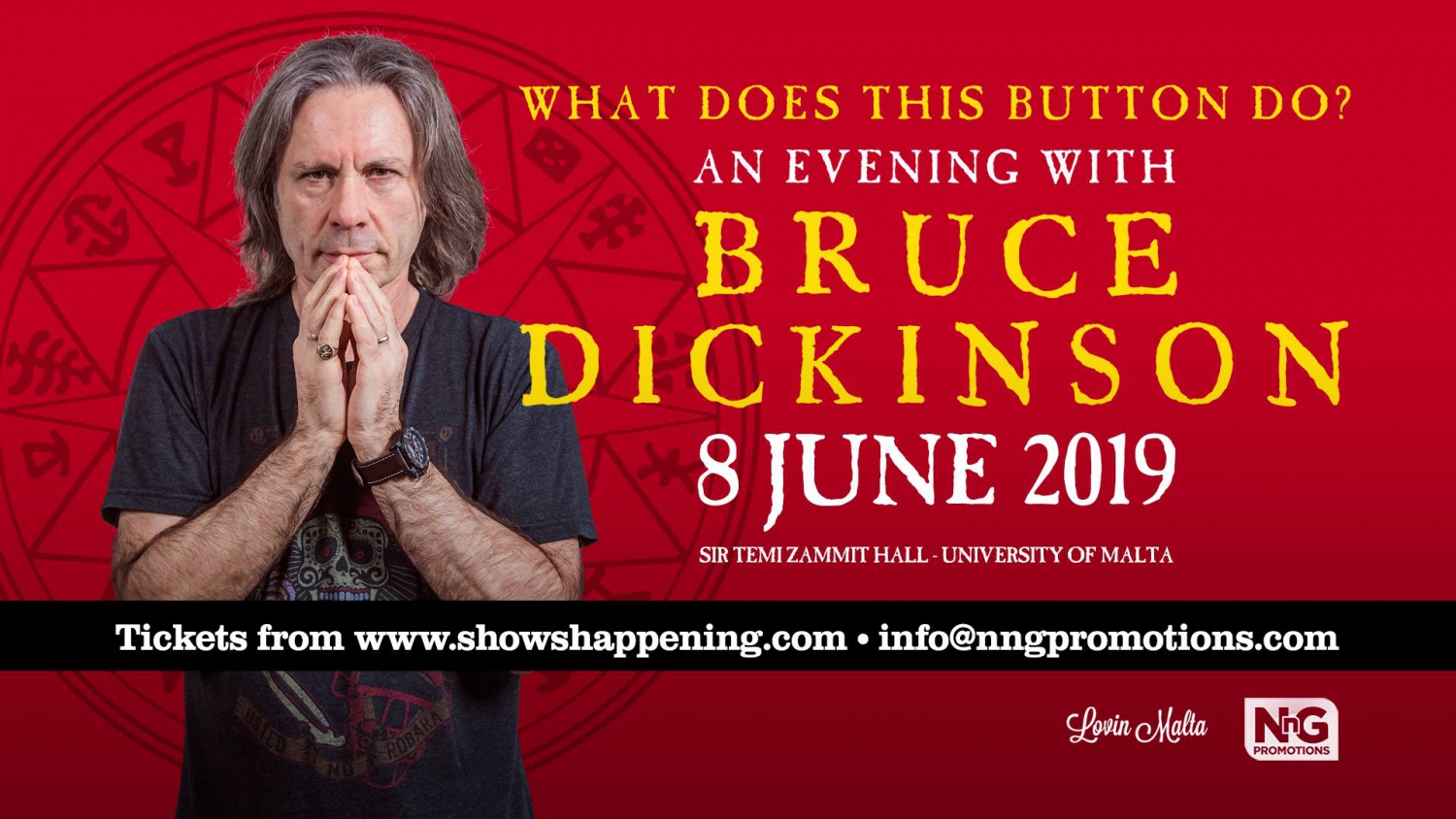 An Evening with Bruce Dickinson

NnG Promotions are proud to announce...


Bruce Dickinson is considered one of the world’s most storied musicians. Aside from decades spent delivering high-octane performances with his larger-than-life persona in IRON MAIDEN, Bruce has lived an extraordinary off-stage existence too. A true polymath, Bruce is, or has been, an airline pilot and captain, an aviation entrepreneur, a beer brewer, motivational speaker, film scriptwriter, twice-published novelist and best-selling author, radio presenter, TV actor and international fencer.

The 2017 publication of his Sunday Times No.1 Best-Selling autobiography What Does This Button Do? saw Bruce promoting the book by undertaking a small number of readings and Q&A in theatres around the UK. What Does This Button Do? - An Evening With Bruce Dickinson has since evolved into a full-blown one-man show, more akin to a stand-up comedian’s routine, lasting well over two hours and touring the globe to unanimous critical acclaim, including a sold-out performance last summer at the largest arts festival in the world, the Edinburgh Festival Fringe.

Split into two parts, the first half of the show sees Bruce taking a humorous, often satirical look back at his colourful, roller-coaster life. Delivering compelling tales in his uniquely anarchic style and punctuated with photographs, he recounts anecdotes from the book, including numerous risqué stories which never quite made it to the final edit….. !

The second half of the evening is devoted entirely to a Q&A session, where fans’ quirky, frank and often completely leftfield questions are tackled with great aplomb; Bruce’s responses invariably being quick-witted, completely improvised, and consistently funny, all of which makes for a highly entertaining and enjoyable night out.

Do not miss this unique opportunity to witness one of the world’s most captivating icons in an intimate environment when Bruce Dickinson brings his one-man speaking show for the very first time to Malta.