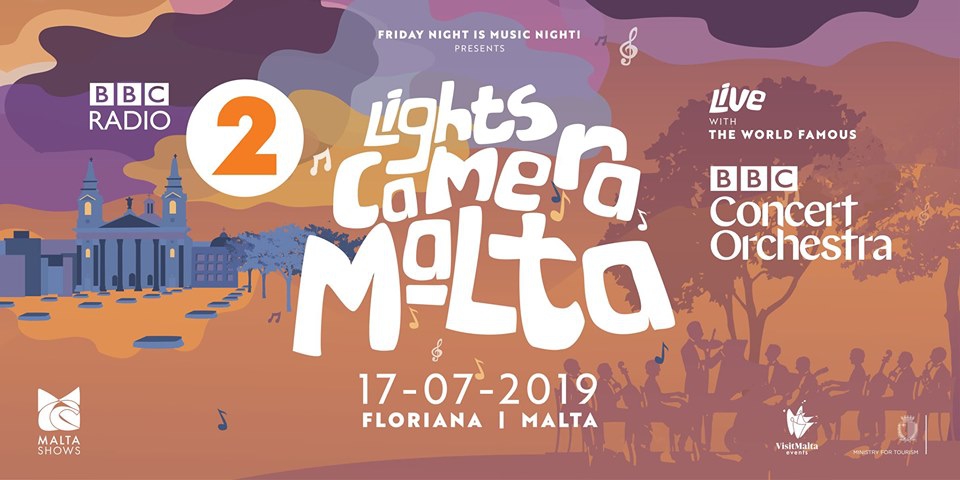 The mission of the BBC Concert Orchestra is to bring inspiring musical experiences to everyone, everywhere, with the ensemble’s great versatility as the key. The orchestra can be heard regularly on BBC Radio 2’s Friday Night Is Music Night and for BBC Radio 3 it profiles classical masterpieces in an entertaining way.

‘Friday Night Is Music Night’ is the world’s longest running orchestral live music show. For over sixty years it has celebrated music from every genre - classical, film, opera, jazz, operetta and musical theatre, attracting the top singers, instrumentalists, conductors, and presenters from stage, film and television.

Malta is a major Mediterranean movie star. Over a hundred spectacular films have been shot on the island including Popeye, The Da Vinci Code, Midnight Express, Troy, The Spy Who Loved Me, Never Say Never Again and Gladiator. Ancient Mdina has also famously served as a principal location for the sensational, Game of Thrones.

This spectacular concert, with its seventy piece BBC Concert Orchestra conducted by Richard Balcombe, features music from movies made on Malta. It will also include other classic film scores, Out Of Africa and The Magnificent Seven, together with some of today's most popular film songs from The Greatest Showman, Bohemian Rhapsody, Frozen and Mary Poppins Returns. All of this, and a spectacular fireworks finale to the Main Title from Star Wars. With guest vocalists Louise Dearman (Wicked); Hannah Waddingham (Game of Thrones) and Bradley Jaden (Les Miserables). Presented by TBC

Please be seated 30 minutes before the event starts.