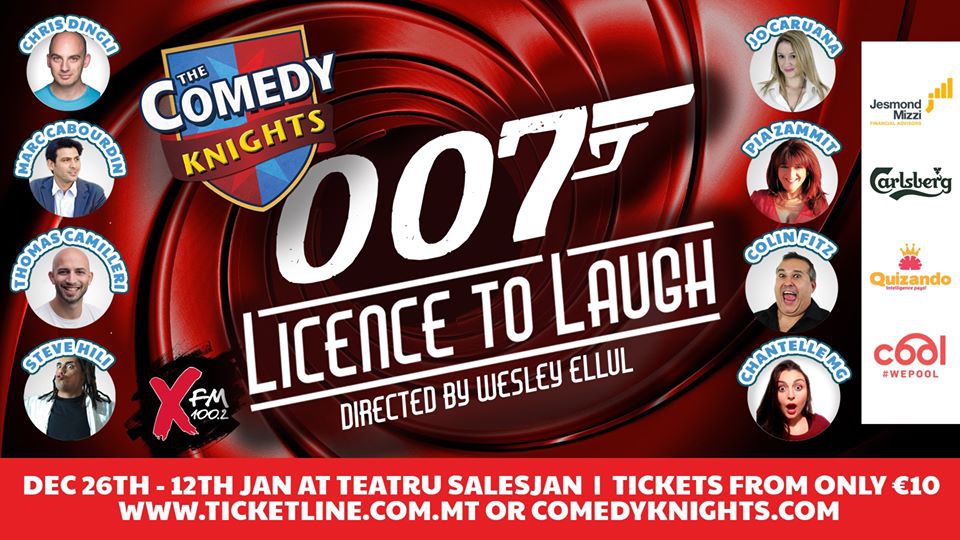 Malta’s very own Lords and Ladies of comedy are busy once again preparing a show that will leave you laughing for the rest of the year!

All of your favourite cast members are returning to Teatru Salesjan for more sketches, songs and local, original satire. Biting wit and tongue-in-cheek comedy are the signature styles of the Comedy Knights!

Watch out for audience favourites such as the Bormla Babes, The First Lady and the Sliema Girls, and get to know new characters that could become this year’s hit.

“We’re extremely excited about this year’s show,” says director Wesley Ellul. “Every year we try and outdo our previous year’s show and I think this year our writers, Chris Dingli and Steve Hili have come up with some truly incredible material. Audiences are in for a treat. It’s satire, it’s silly and it’s very, very funny.”

“Tickets sell out very quickly,” explains Wesley. “It sounds like an exaggeration, but it’s the truth. We usually sell most of the shows in the first 48 hours of tickets going on sale.”

In fact, such is the demand for tickets, that all tickets for the ENTIRE RUN of shows will be put on sale immediately. This gives more people the chance to find good seats, if they don’t wait too long! No extra shows are planned.