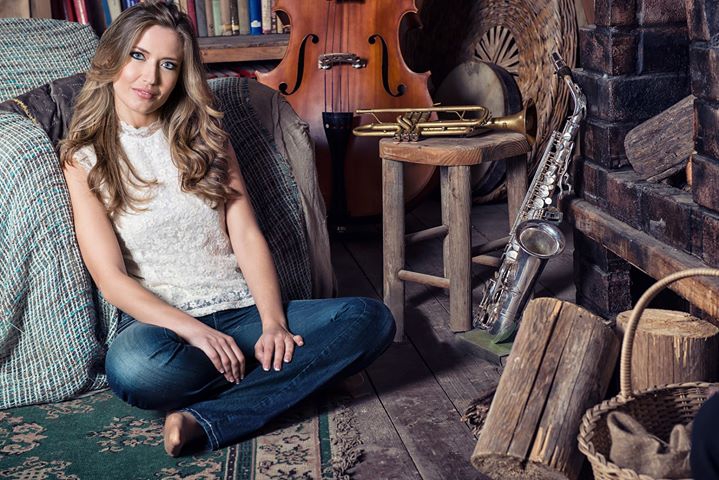 I am thrilled to be participating in the 27th edition of the Malta Jazz Festival with a line up consisting of the following: Nadine Axisa - vocals, Dominic Galea - piano, Oliver Degabriele - double bass, Joe Micallef - drums, Rino Cirinnà - saxophone, Stjepko Gut - trumpet. Free entrance on 20 July!

Nadine Axisa is an established versatile singer, with a passion for smooth jazz, latin, swing and soul music. She received vocal training in classical singing at a young age and discovered her love for jazz music through the performance in clubs and bars in her late teens. Nadine studied jazz classics, attended and followed a number of workshops with acclaimed tutors including Tina May, Iain Mackenzie, Guillermo Rozenthuler, Donna Mc Elroy, Dennis Montgomery III and Anne Peckham. She is currently pursuing her studies at the Johann Strauss School of Music with Joe Debono.

Nadine released her debut album 'Velvet' in 2014 featuring twelve original tracks, mostly composed by Maltese composers and authors in the smooth jazz style. The album also involves a collaboration with two musicians from Germany and Italy. The album received favourable reviews including a four star review on the UK's Jazz Journal. Moreover, it was featured on Maltese and international radios; the latter include virginiamusic.eu (a radio station dedicated to female jazz vocalists, Netherlands); 'Mainly jazz' on Alive 107.3fm, UK; RTP Play which is Portugal's official radio station and Channel Radio, UK. In March 2016, Nadine performed 'Velvet in concert' in collaboration with a quartet consisting of local musicians.

She performs regularly in local jazz venues and has also performed outside Malta in numerous jazz events and festivals, including Poland, Bulgaria, Italy, Berlin, Frankfurt and Luxembourg. Nadine's performance will focus on Maltese compositions, including tunes from her album. Nadine is pleased to team up with Rino Cirinnà (saxophone) and Stjepko Gut (trumpet), who will feature as guest musicians during this year's festival.