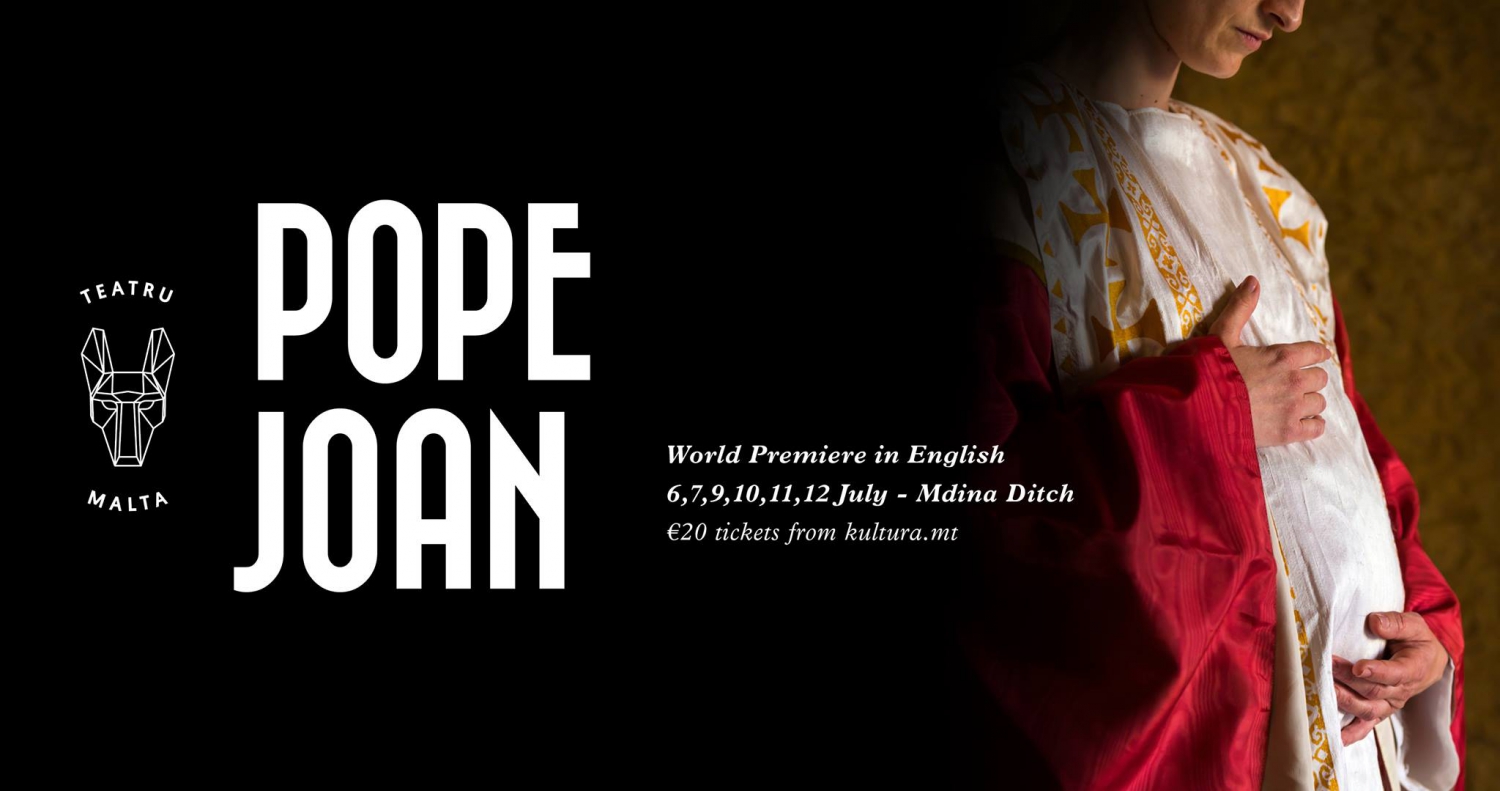 Teatru Malta teams up with the Malta International Arts Festival to bring you one of the most disputed stories ever told.

A prodigy who chooses to defy all odds is born into a highly conservative male dominated world. She is defiant and determined, secretly learning to read behind her father’s back by disguising herself as a boy to further her learning at a monastery where she’s accepted as a male monk. Pope Joan tells the story of a woman who will stop at nothing to claim the freedom and power that is rightfully hers, and follows her journey to becoming, as legend has it, the first and only female pope to have ever lived.

This story will be brought to life by a fantastic team of actors, led by seasoned director and dramaturg, Irene Christ. Feminism, gender identity, religion and several other themes are addressed. This is the kind of theatre that fuels discussion and we like discussion.