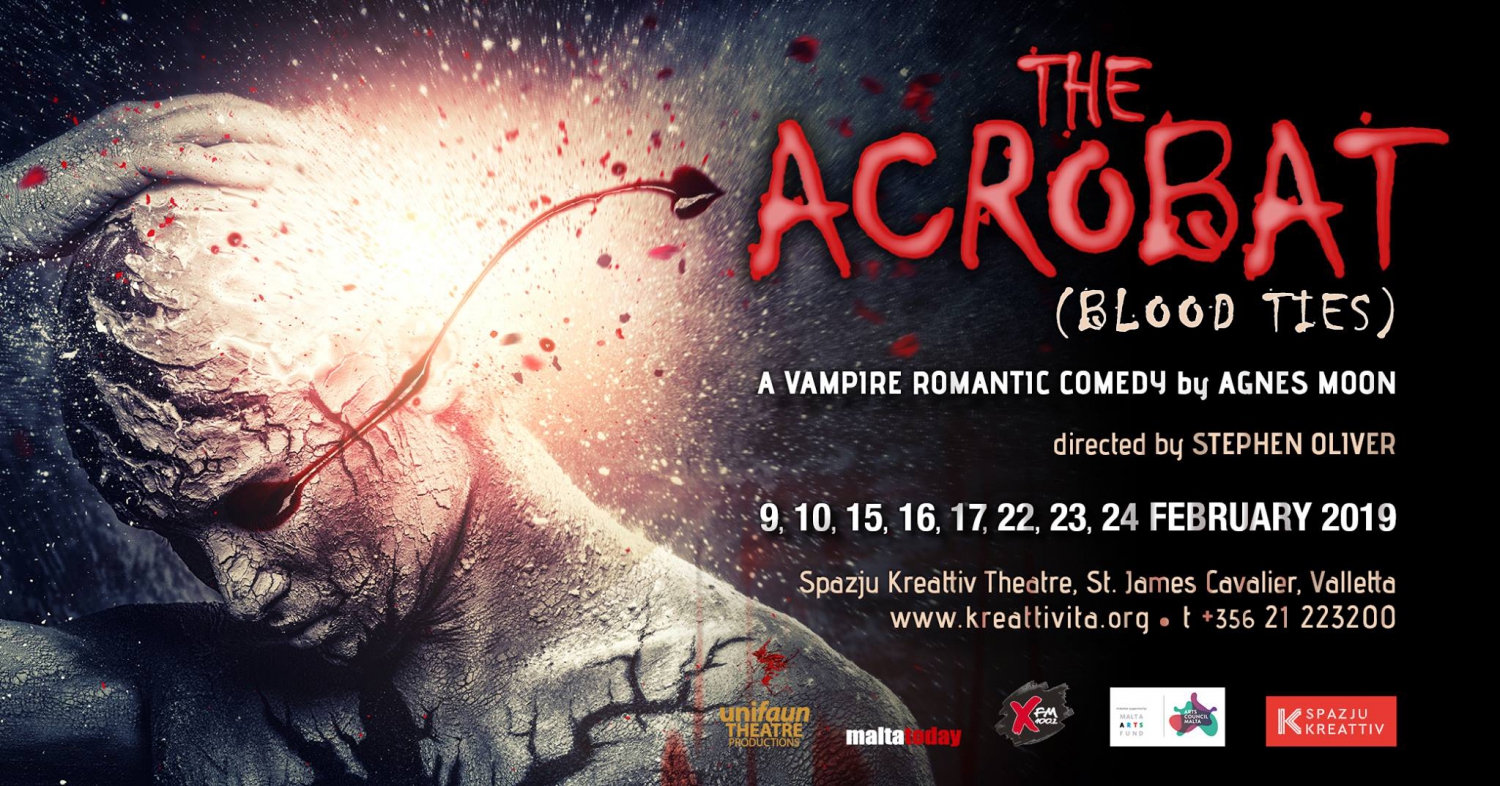 THE VAMPIRES ARE COMING!!!!

The Acrobat is a professional thief with dozens of burglaries to his credit, but when he finds himself trapped in the enormous abode of a mysterious man, as seductive as he is lethal, he realizes that the police might not be the worst of evils. Vincent de Saint-Bonnet is incredibly rich, with many hidden secrets, and little will to live. A foul-mouthed little thief is just what he needs to bring some light back to his gray, long-drawn-out existence.

A thief looking for a valuable dagger, an antique dealer with hundreds of years under his belt, for whom the weapon represents an object of . . . inestimable value. Each man has a precise goal and nothing will stop him from reaching it. Not even the incredible attraction that grips them, pulling them into a duel, one fought with lies and seduction.

A Theatre Comedy for all BUFFY and TWILIGHT affacionados, with a little bit of Oliver Twist thrown in.

Supported by the MAF Project Fund of the Arts Council Malta

18+ The production has instances of strong language and scenes of a sexual nature.
Language: English