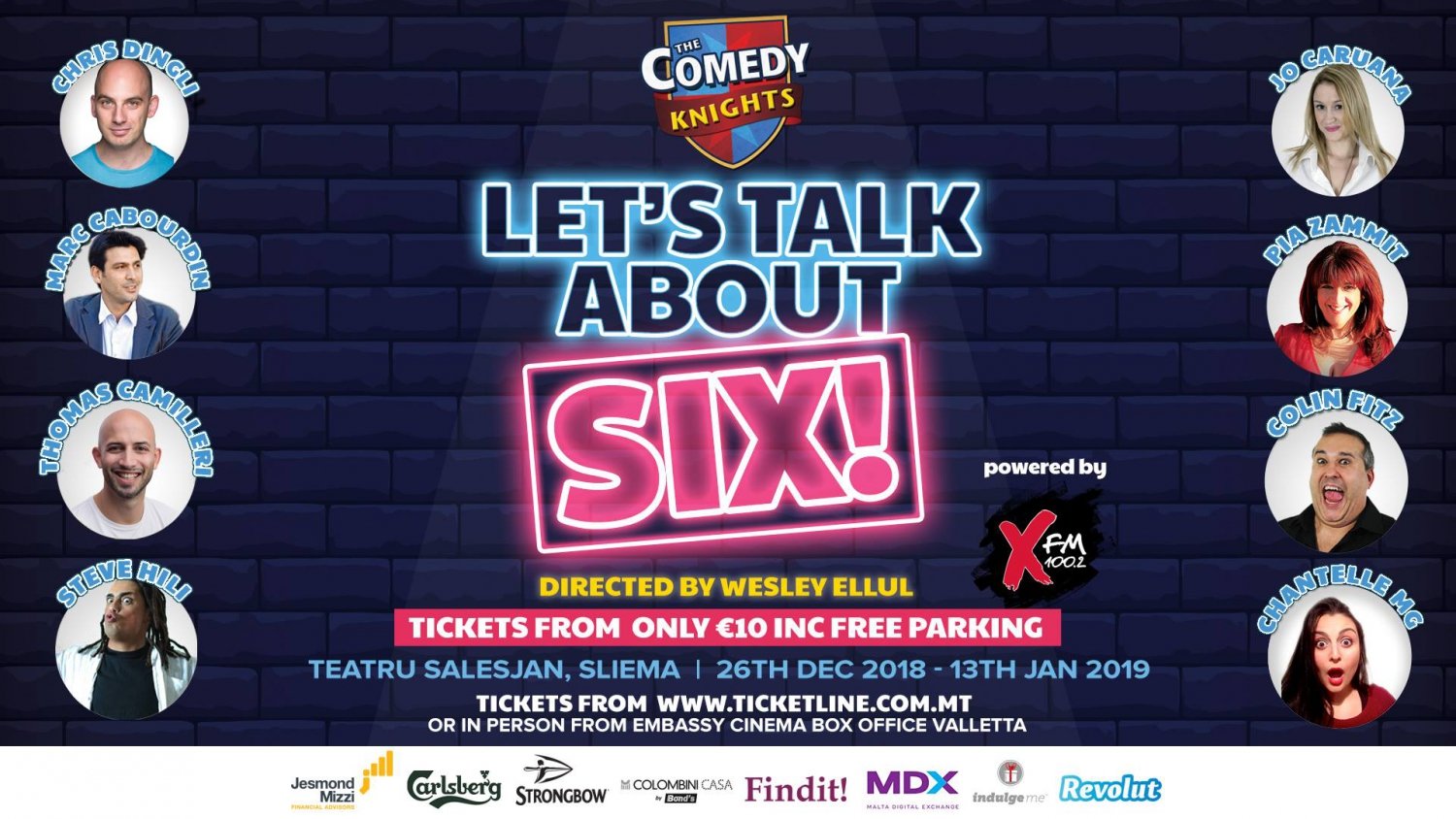 Comedy is coming your way! This Christmas season, The Comedy Knights return with their hilarious new show, Comedy Knights: Let’s Talk About SIX!

Get ready to have yourself a FUNNY little Christmas!

Following the MASSIVE success of last year’s show The Comedy Knights: 5how Me The Funny, the Lords and Ladies of comedy are coming back with this year’s festive season special: Comedy Knights: Let’s Talk About SIX! powered by XFM 100.2

All of your favourite cast members are returning to Teatru Salesjan for more madness and mayhem as they give us a rundown of The Good and The Bad of 2018 in a way only the Comedy Knights do best! Join Chris Dingli, Marc Cabourdin, Jo Caruana, Pia Zammit, Colin Fitz, Thomas Camilleri, Chantelle Micallef Grimaud and Steve Hili, as they bring to life a range of characters, from audience favourites like the The Balluta Boys, The First Lady and the Sliema Girls, to brand new characters guaranteed to make you laugh your socks off!

“2018 has been quite a year,” says director Wesley Ellul. “This year’s show promises to be bigger and funnier than last year’s. Our writers Chris Dingli and Steve Hili have been cooking up some hilarious treats. As always, no one will be safe from the satire – in the best possible way, of course!”

Anyone who attended last year’s show will be able to purchase advance tickets from Thursday 26th October. General tickets will go on sale to the wider public on Thursday 1st November. Don’t wait, last year's run of shows sold out less then 48 hours after it went on sale!

This year we will be releasing all tickets for the ENTIRE RUN of shows immediately. Unlike in previous years when tickets were released in blocks, this time there are no planned extra shows.