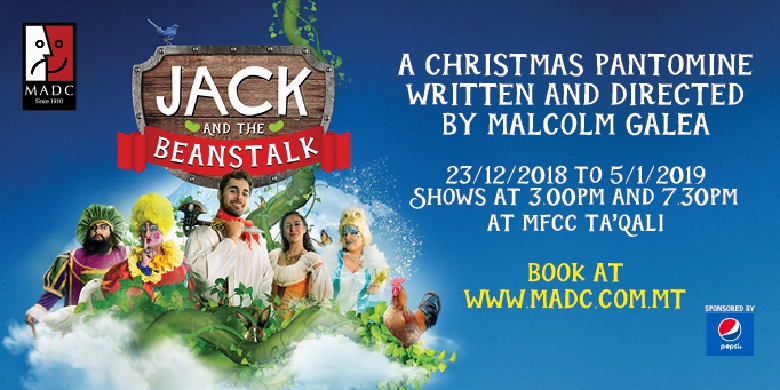 Jack and The Beanstalk – MADC

It’s that magical time of the year again and MADC is back with their 40th anniversary pantomime, Jack and the Beanstalk, written and directed by Malcolm Galea. Starring Jean-Pierre Busuttil as the uproarious Dame, the show will be staged at the MFCC, Ta’ Qali, between 23 and 30 December.

The fun-packed show, set in the Middle Ages, will give an unusual twist to this classic tale of the hero’s journey. Poor Jack desperately longs to become a knight, and – when the girl he loves is taken away by giants – he must summon the courage to make the ultimate transition from zero to hero.