Together with another couple of gardens within walking distance (Argotti and Msida Bastion gardens), the Sa Maison gardens are a great place for a leisurely stroll under the shade of mature trees. Also has military history associated to it and enjoys some lovely views of the Marsamxetto harbour.

Due to its unusual and rather hidden location on the outskirts of Floriana, the beautiful rustic-style Sa Maison Garden remain unfrequented, promising a quiet retreat in beautiful surroundings. You may quite well be the only person idly exploring the various levels of Sa Maison Garden at any given moment, so you can really enjoy the best of all the hidden treasures this historic garden has to offer.

Set in the fortifications overlooking Pieta' and Marsamxett Harbour, the Sa Maison Garden is spread over five levels. On the highest vantage point is a Gardjola, a rather pretty sentry box, which provides the perfect spot for enjoying 360 views of the harbour, bastions and gardens.

At one point, Sa Maison Gardens were used by various Regiments of the British Army as an observation and defence post for the port of Marsamxett. Look out for the several regimental crests engraved into the rock-face inside the garden, and the miniature model of a castle dedicated to the 2nd Battalion of the Essex Regiment which is carved in Maltese stone. You can also see the positioning of two cannon emplacements over the bastions.

Originally, Sa Maison Garden was meant to be a shooting lodge, built by Chevalier Caille Maison in the mid 18th century. Lady Julia Lockwood resided there between 1842 and 1856, which earned the garden the name 'il-Gnien Tal-Milorda' (her Ladyship's garden), before the Civil Government took over its maintenance until 1903.

Today the garden is a haven for several specimens of local ﬂora, tall trees and palms and includes a conservatory containing several potted plants. The layout of the garden is as unusual as it gets, with ramps and steps taking you down to the lower ramparts of the garden where you can enjoy a magnificent view of Marsamxett harbour, with the yacht marina and modern complexes on one side and the old creeks and characteristic fortifications of Valletta and Floriana on the other. 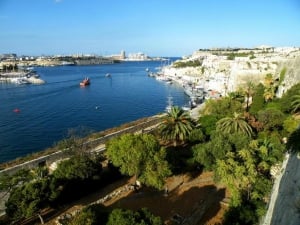 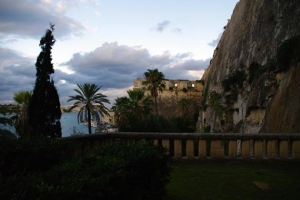 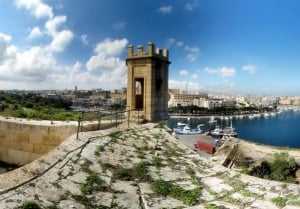 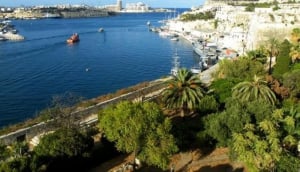 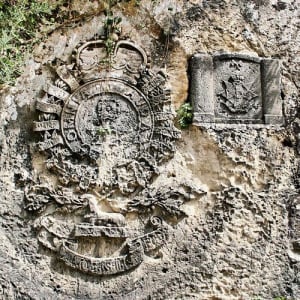