A 19th century British-built fort with a unique 100-ton gun! Daily live re-enactments too. Fort Rinella is only a 5 minute drive away from Birgu (Vittoriosa), one of the Three Cities and the original fortified residence of the Knights of Malta.

Fort Rinella is Malta's only historic fort open to the public and one of the liveliest visitor attractions around. It was built by the British in the late 19th century to house the gigantic Armstrong 100-ton gun. This gun was the first ever mechanically operated gun and also the largest ever built. It fired a one-ton shell using a quarter-of-ton of gun powder to pierce 65cm of ship armour at an extraordinary distance of 8miles! This fort is being lovingly restored by the voluntary Malta Heritage Trust to its original state. Daily historical re-enactments recreating aspects of late 19th century military garrison life, inclusive of live cannon and musketry firing take place at this site starting at 11.00hrs with the main one at 14.30hrs. This attraction includes all visitor amenities including café', toilets and audiovisual show.

Tuesday to Sunday at 14.00hrs sharp, employees dressed as late 19th century Victorian soldiers will take visitors on an animated tour around the fort.

Buy the Multi-site ticket for Fort Rinella, The Malta at War Museum, Lascaris War Rooms and the Saluting Battery at €25 and you get a 25% discount on all entrance fees, 3 Guided tours + re-enactments + filmshows. 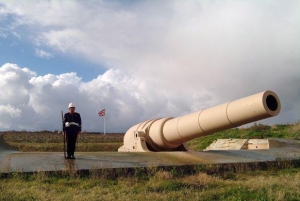 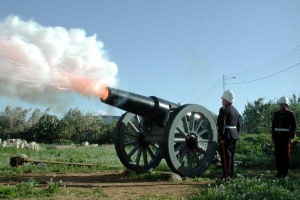 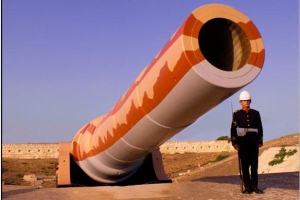 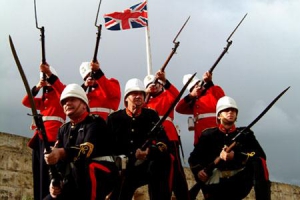 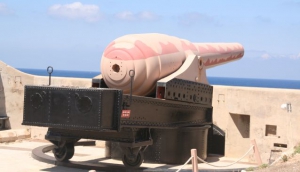 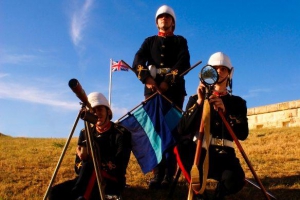 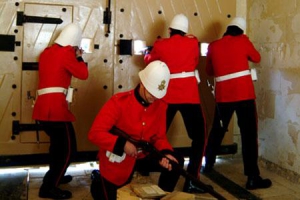