The prehistoric 'Cave of Darkness' found in the South of Malta that also includes an interesting museum with remains of a dwarf elephant from 500,000 years ago...

Ghar Dalam Cave is a very important find as it was here that the earliest evidence of human settlement on Malta, some 7,400 years ago, was discovered. The site consists of a cave and a museum. The history of the cave and of the Islands can be decoded from Ghar Dalam's stratigraphy. The lowermost layers, more than 500,000 years old, contained the fossil bones of dwarf elephants, hippopotami, micro-mammals and birds. Above the pebble layer that follows, is the so-called 'deer' layer, dated to around 18,000 years ago. The top layer, or 'cultural layer', dates to less than 10,000 years and holds evidence of the first humans on the Island.

Today the caves support a unique ecosystem for a variety of animal species. Ghar Dalam hosts over forty different species of life form including a unique endemic creature, a tiny woodlouse known to science as Armadillidum ghardalamensis. It has no sense of sight and is highly sensitive to light. This is why the inner part of the cave is kept in complete darkness.

The museum hosts a series of repetitive exhibits of semi-fossilized bones mounted on wooden boards displayed in Victorian style. The center of the room is decorated with mounted skeletons belonging to modern-day animals and is exhibited for comparative and educational purposes only. The museum also bears information on life on earth, the effects of the Ice Age on Malta, the formation of the cave, and dwarfing and gigantism in animals. 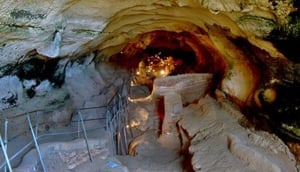 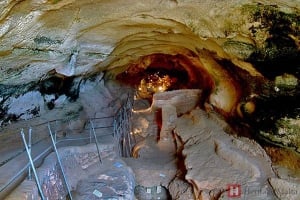 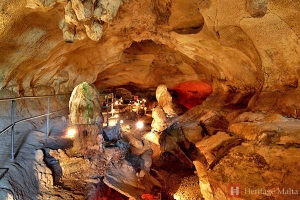 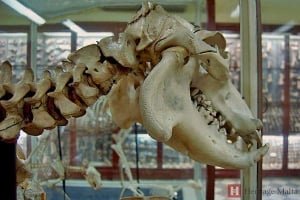 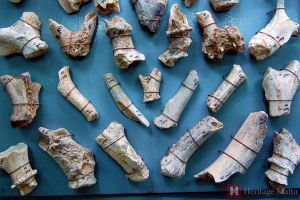 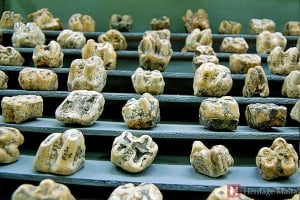 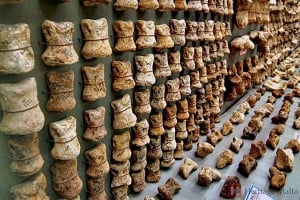