Ghasri is the smallest village in Gozo with just over 500 residents. However, quite a few lovely converted farmhouses are available in the area and it can make a wonderful base for exploring Gozo. A countryside walk up to Il-Fanal ta' Gurdan (Gurdan Lighthouse) is a must.

L-Ghasri has just 521 inhabitants in the last recorded Census of 2011, making it the smallest village in Gozo in terms of population although it covers a relatively large area. The village lies huddled between a few hills and borders Gharb, Kercem, Victoria and Zebbug. Archeological finds point to early use of the area and include neolithic remains found on the hill of Gordan dating to about 4500BC, while Punic Tombs were also discovered in Wied il-Ghasri. Meanwhile the name of the village has obvious Arab origins, since the verb 'Ghasar' means to squeeze and it probably indicates that in this location olives were traditionally crushed for their oil.

The village church was built in 1903 and was dedicated to the Corpus Christi in 1916, and later on to Christ the Saviour. The village was established an independent Parish in 1921. There are also two interesting old Chapels in Ghasri namely the Basilica of the Patronage of the Virgin Mary and the Chapel of St Publius.

While at first glance it may not seem so, Ghasri is worth including in your itinerary for Gozo. In fact, you may even wish to stay in one of the many typical farmhouses dotting the road from the Village Square to the valley known as Wied il-Ghasri. The hills of Ghammar and Gordan and the valleys running between them are rich with vegetation, including terraced fields belonging to the primarily agricultural community which originally made up Ghasri village.

Enjoy a walk through Wied L-Ghasri, especially in Winter and Spring. Wied il-Ghasri winds its way between Zebbug and Gordan Hill to the sea into a secluded little inlet wedged between some very impressive cliffs. This spot makes a quiet bathing haven which is ideal for swimming, snorkelling and diving and this area has become a popular diving spot with several underwater caves to explore. A cave situated close to the shore in the narrow bay has a shaft hewn up to the top of the steep cliffs and was rigged up to bring up sea water to the saltpans dug out in the rocks there.

The hills themselves make for some fun exploration. Gurdan Lighthouse, which dates from 1853, rises 180 metres above sea-level and has an interesting story. Those who take the challenge of trekking up the rather steep path to the hilltop will be rewarded with some marvellouse 360 degree views of Gozo. On Ghammar Hill, which stands at about 188 metres, The Way of the Cross can be admired with life-sized marble statues marking each station, the first of which is at the foot of Ta' Pinu side and the last at the top of the hill, where you can also find the chapel dedicated to Our Lady of Ta' Pinu. Indeed, devotees have taken to trekking up this hill as a form of pilgrimage. 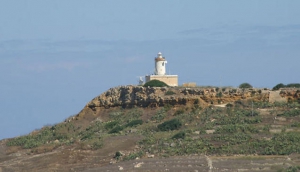 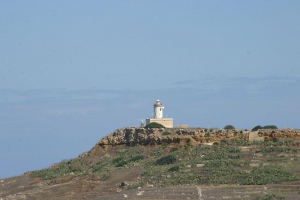 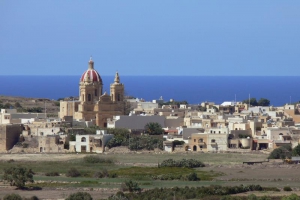 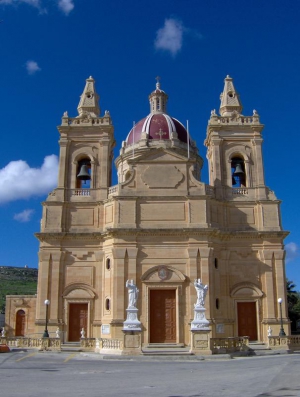 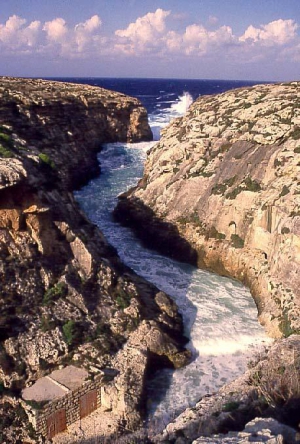