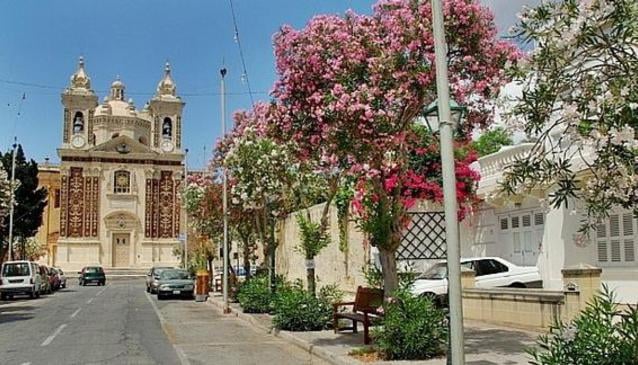 Lija is a residential village in the centre of Malta. Visit the typical old centre of town with winding streets, traditional Maltese balconies and an impressive parish church. Lija is renowned for one of the most spectalar firework displays in Malta during their feast (first week of August)

The main entrance into Lija is perhaps the prettiest you will see. Transfiguration Avenue is lined with Oleander trees, and leads first to the beautiful Belveder, once a characteristic of the gardens of Villa Gourgion, and then into the Church square dominated by the Church dedicated to our Saviour.

From then on, it is a dive into the narrow winding streets and pretty alleys characteristic of Lija, most of which only allow for the passage of cars in one direction. From the moment you wander into this older part of town, you will be charmed by the typical Maltese balconies and the cast-iron pregnant windows holding geraniums of all colours. The buildings are adorned with corner niches, carved stone, timber balconies and iron railings. Visit also the old Mill in the corner between Preca Street and San Licinju Street, but contact the Local Council first.

Just like Attard and Balzan, the other two of the Three Villages – so-called because of their similar age, design and the fact that they merge into each other – Lija boasts large gardens and orchards. So the village motto Suavi Fructu Rubeo, meaning 'with tasty fruit I blossom,' and indeed the area is renowned for its delicious citrus-flavoured honey.

Although Megalithic tombs were unearthed in Lija in 1967, the present village became a recognised Parish in the late 16th century. However the village boasts no less than eight churches and chapels and also a Church Museum.

Lija's village culture is still strong and clubs continue to be popular meeting places for locals and also those from neighbouring villages. Apart from the Lija Athletic’s Football Club, Lija Bocci Club, Lija Tennis Club and Old Motors Club there are several religious-culture related clubs such as the band clubs, the feast decorations club and the fireworks club.

Lija is well-known for its spectacular fireworks displays and pyrotechnics. It has won international competitions and continues to give a free show to hundreds of people during the village feast held on the 6th of August. 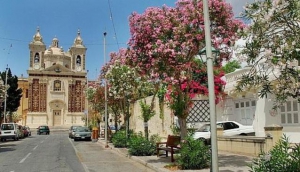