Palazzo Falson is a gem in the fortified medieval city of Mdina. The amount of period items and artworks on display are overwhelming. Groups can also get private 'after-hours' tours. Make sure to visit the roof top Cafe for some unique panoramic views of Malta.

Palazzo Falson Historic House Museum is a recent addition to the picturesque city of Mdina. It was opened in May 2007 after five years of restoration. The architecture of the building is particularly important because part of the ground-floor dates back to the 13th century as can be deduced by the presence of thick walls, arches and lancet windows. The building underwent a number of changes in the 15th century when the first floor was added and the present façade was created.

The courtyard of the Palazzo is one of the most beautiful courtyards in Malta, with its decorated fountain and Siculo-Renaissance style staircase. The coat-of-arms of Grandmaster l'Isle-Adam, which was added in the 20th century to commemorate the stay of this Grandmaster in the palazzo in the 1530s, looks down on the courtyard area.

The last owner of the house, Captain Olof Frederick Gollcher, was a fascinating person, who was very interested in history and archaeology, as well as being an avid collector of antiques and objets d'art. It was always his wish that his beautiful collections could be admired by the public and this led to his setting up the Gollcher Foundation so that it would take care of the place after his death which occurred in 1962. A few years ago, Fondazzjoni Patrimonju Malti (a Maltese heritage foundation) reached an agreement with the Gollcher Foundation to restore and manage the house as a museum for everyone to enjoy.

On display throughout the house are Gollcher's collections but dispel the idea that everything is locked up in showcases as in other museums. The set-up is that of a lived-in house where one can admire the silverware displayed on the dining table, have a look at the quaint study full of photographs of Gollcher, his family and friends as well as visit the kitchen with all the kitchenalia hanging on the wall, and all the other rooms which make up the Palazzo.

Gollcher was also particularly interested in art. He didn't just collect works of art but even produced his own. In fact in the studio area some of his work is exhibited.

The Palazzo has some outstanding artifacts, amongst which is a unique fob watch with a ten-hour dial that dates back to the French Revolutionary period and very good examples of antique Maltese furniture, jewellery, baroque paintings and other intriguing collections. The audio-guide provided lasts for around forty-five minutes, but visitors frequently spend hours walking from room to room and peering at every item!

Palazzo Falson Historic House Museum with its friendly staff and pleasant panoramic view coffee-shop is definitely a site you shouldn't miss if you're visiting Mdina.

Audio guides are provided free of charge and are available in Maltese, English, French, Italian, German and Spanish. 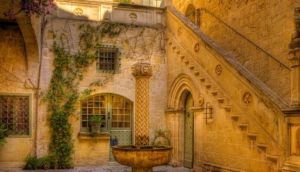 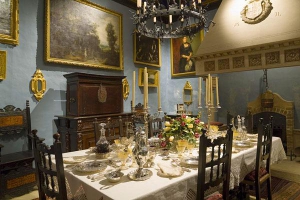 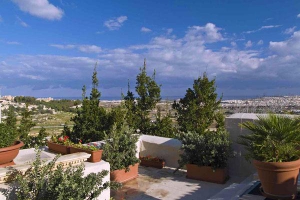 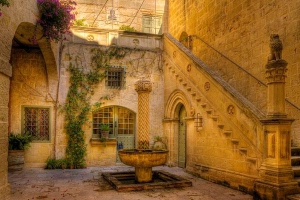 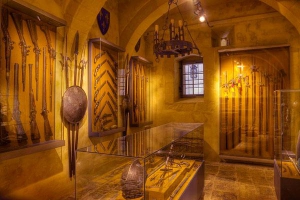 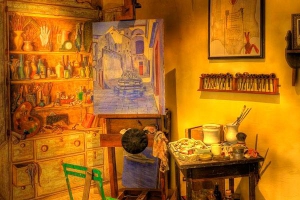 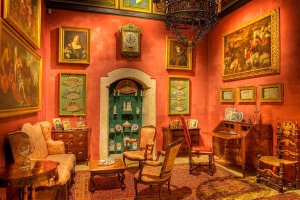 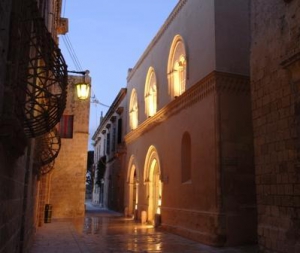