St Paul's Bay is a popular summer residence with Maltese and so has kept a pretty genuine local feel to it. There is a lovely seafront promenade extending to Bugibba and Qawra with these latter two areas being more of a tourist and entertainment resort.

The St Pauls Bay area in the north of the island covers a number of localities. Xemxija (pronounced Shemshiya), St Paul's Bay, Bugibba and Qawra lie on the coast, the latter two having developed into tourist seaside resorts. Burmarrad, Wardija, part of Bidnija, and San Martin lie further inland, and while being residential areas they still enjoy lots of countryside.

The seaside localities, particularly Bugibba and Qawra, offer much in entertainment. In summer the area is a magnet for packaged holiday tourists and also with locals who usually own a 'villeggiatura' (summer residence) in the area. Try food from all around the world at various theme restaurants, have a drink in a typical British-style pub, party all night at one of the night clubs at the water's edge or watch a mix of locals and foreigners try their hand in line dancing, bingo, karaoke and the other usual suspect activities. Or perhaps you may fancy watching a film at the cinema instead?

Take one of the several cruises which depart from the jetty on a daily basis, to visit St Paul's islands, which are connected to the shipwreck of St Paul in Malta in 60AD, or even further to explore Comino's caves.

In the Xemxija area, you can take a walk along the old Roman Road, and you are sure to stumble across the remains of the Roman aviaries, located near a carob tree which is thought to be about 1,000 years old. Further akin you can enter the Mizip forest for a lovely walk, and head around the hill towards the quaint Mistra Bay, stopping at the Roman Baths for a rest while taking in a breath-taking view.

There is no lack of variety of things to do in the area of St Paul's Bay, no surprise it is a favourite with tourists. One of the plus points of this area is that the Bugibba bus terminus is as efficient as the one in the capital, Valletta, with regards to accessibility to the rest of the island, making Bugibba and Qawra an ideal place to stay. In fact, Bugibba and Qawra have an extremely high concentration of hotels and other types of tourist accommodation. 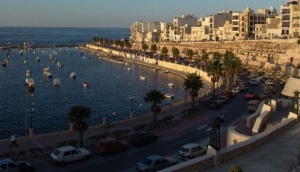 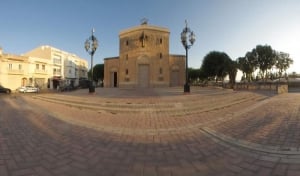 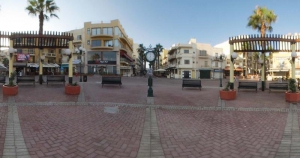 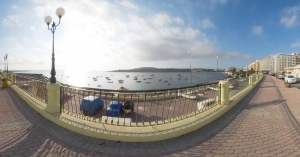