A great little attraction to visit will going for a stroll in the area with a panoramic views of Malta and Comino across the Gozo channel.

Ta' Kola Windmill is situated in the heart of the village of Xaghra, Gozo, and is one of the few surviving windmills on the Maltese Islands dating back to the Knights' Period. It is a fine example of the rural economy and domestic life of Gozo in past centuries, and houses original milling mechanism, miller's tools, as well as the blacksmith's and carpenter's workshop. The living quarters provide a glimpse into domestic life in bygone times. The site was opened to the public as a museum in 1992.

The origins of Ta' Kola Windmill go back to 1725 during the magistracy of Grand Master Manoel de Vilhena (1722-36). It was constructed by the Manoel Foundation set up to fund windmills in order to sustain the demands of the increasing population of Malta and Gozo. The mill appears to have been a valuable, thriving business since the annual rent for the building increased as it passed from owner to owner. Guzeppi Grech was the last miller responsible for operating and maintaining the structure, and resided in this windmill until his death in 1987. He was an ingenious craftsman and many of the tools on display were created by him. The windmills name Ta' Kola is (son of Nikolas) is how Guzeppi was affectionately known by locals.

Ta' Kola Windmill follows a plan echoed in most Maltese windmills of the period and consists of a number of rooms on two floors surrounding the centrally-placed cylindrical stone tower. The latter houses the milling mechanism which may be accessed via a spiral staircase. The ground floor consists of the workshop premises while the first floor is the living quarters including the kitchen, dining room and bedrooms.

The windmill's collections includes a triton shell used as a horn to communicate with the village people, a traditional cooking pot, a container for drying meats, a weaving loom, a baby hammock, the milling mechanism, the cat's hole, a hand mill, a forge and an emery wheel. 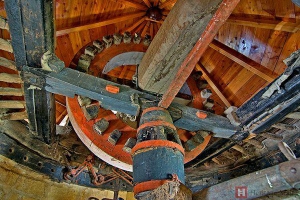 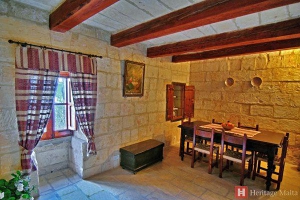 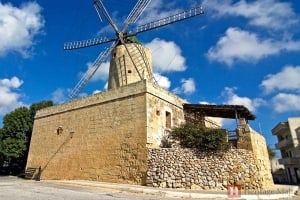 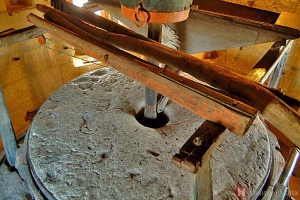 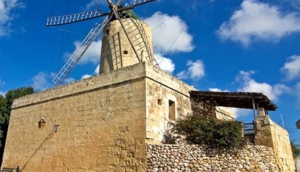 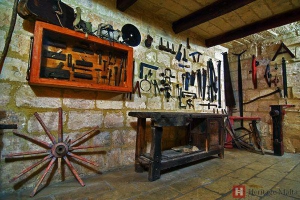 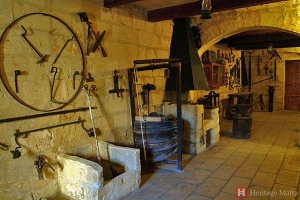