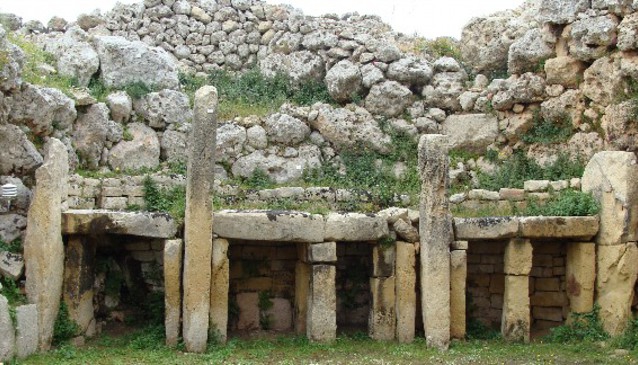 Xaghra is home to the prehistoric Ggantija temples and the beautiful Ramla l-Hamra sandy bay... two of Gozo's top attractions. Typical Gozitan square, old streets and surrounding countryside... you cannot go wrong by staying here. Also has little surprises such as the charming Museum of Toys.

Xaghra (pronounced Shara) was one of the first inhabited areas of Gozo. The village itself is quaint and pretty, with winding streets in typical Gozitan style. But Xaghra has much more to offer.

An absolute must is a visit to the Ggantija Temples (a UNESCO World Heritage Site), said to have been a place of worship for the Goddess. These impressive megaliths date back to about 3600 BC and have been entered into the Guinness Book of Records as 'the oldest free standing structures in the world.' In the area are also a number of other important prehistoric sites, such as the tal-Qacca Hypogeum, the Gozo Stone Circle, Santa Verna Temple, in-Nuffara, a number of caves and more.

For a trip not quite so far back in time, visit Ta' Kola windmill nearby. Built in 1725, it stands as a monument to the hard working millers of past and recent times, as the place has been restored and turned into a folklore museum set up in the miller's rooms.

If you are in the mood to revisit your childhood, visit the Pomskizillious Museum, a large private collection of toys from the nineteenth and twentieth century owned by Edwin and Susan Lowe. Its name is clipped from the text of fantastic creatures and nonsense words of Edward Lear, who visited Gozo in 1866.

Head underground to Ninu's Cave and Xerri's Grotto for a spectacle of stalactites and stalagmites. Both are situated in private houses not far from the village square, since they were discovered during attempts at digging wells!

For a stunning view over the Mediterranean blue and Ramla bay, famous for its bright orange (red) sand, visit Calypso's Cave. According to the Odyssey, an ancient Greek poem, Ulysses was bewitched by a nymph named Calypso who lived in this cave, keeping him on her beautiful island for seven years. The variety of places of interest in Xaghra may easily enchant any visitor to do the same! 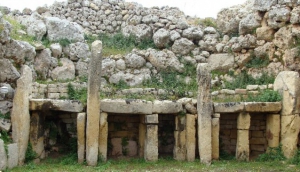