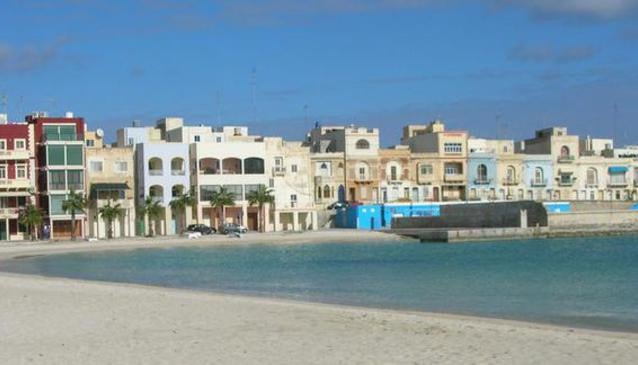 The view of the gigantic cranes of the Malta Freeport from the quaint little beach at Birzebbuga is pretty surreal. The most popular attraction here is the prehistoric Ghar Dalam cave, and our recommended dining option is Ferretti that is situated within a beautifully converted battery.

Birzebbuga is a lovely seaside town situated at the meeting point of four valleys on the south-eastern coast of Malta, near the fishing village of Marsaxlokk. It is full of character and boasts a beautiful beach, several good restaurants, bars and shops. Stroll along the walkway beside the beach and sit in the gazebo for a while to take it all in, including the ongoing activity at the Freeport situated across the bay.

Life in Birzebbuga revolves around St Georges Bay. Here you can also search for the wells in the rocks which give the town its name. The name Birzebbuga is derived from the local practice of curing olives in wells filled with sea-water ('bir' means well and 'zebbuga' means olive) until the late 1800's.

Head up the hill towards Borg in-Nadur, a site of such archeological importance that an entire prehistoric phase was named after it. At the Ghar Dalam cave (pronounced Ar Dàlam) you will find prehistoric remains of dwarf elephants and other animals, but the most famous discovery in this cave were two teeth belonging to Neanderthal man. You can also find a Roman Villa in this area, in a place called Kaccaturo. Another cave in Birzebbuga worth visiting is that of Ghar Hasan, famous for its formation, location and legend.

The first people who inhabited Birzebbuga were the Phoenicians and many remains, including a temple and graves, were excavated. Marsaxlokk Harbour was used also by the Romans, the Arabs and even the Turks during the Siege of Malta of 1565. During the 20th Century it became a base for the British Navy.

There are a number of fortresses and batteries built on the coastline by Grandmaster De Redin and Grandmaster Pinto, including the Battery at St. George’s Bay, Pinto Battery (also known as Ferretti Battery), Kalafrana Battery, Benghaisa Tower (pronounced Benaisa), St Lucian Fort and the Miniaca Battery. See also some of the forts at Benghaisa, Delimara and Tas-Silg built by the British to guard the bay from enemy ships.

Near Benghaisa Fort is the hamlet of Benghaisa, which is still surrounded by farms. Until the late 1800’s, the people of Birzebbuga were mostly farmers, hunters and fishermen.

Like most Maltese localities, Birzebbuga has a large number of chapels and churches. Ideally, visit Birzebbuga during the first weekend in August for the feast of St. Peter in Chains when the brass bands from both clubs march through the town and all the typicality of a Maltese village festa is underway. Birżebbuġa became a parish separate from Zejtun only in 1913, when the small church of Our Lady of Sorrows had become the parish, until the larger was opened for worship in 1938. On the 8th December each year, another festival takes place in Benghaisa at the Church of Immaculate Conception.

The presence of several clubs, such as a fishermen's club, a regatta club, band clubs and many others, are testimony to the social aspect of many traditional Maltese activities still very much alive in the town. 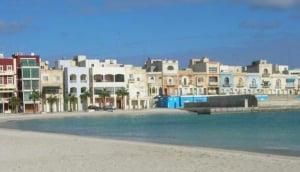