Kalkara lies just beyond the more popular Three Cities. This is another place to get a truly local feel. A walk along the seafront promenade, ending with a meal at the Kalkara Regatta Club! Fort Rinella and its 100-ton canon is also within Kalkara (visit the Wirt Artna website for more on this).

The vegetable seller with his truck still calls out to passers-by in front of the Kalkara Parish; town houses with their characteristic wooden balconies line the shore, the sandy beach of Rinella bay lies akin at the mouth of Rinella Valley and a surprising number of historic treasures wait to be discovered by the curious visitor.

The village of Kalkara developed as a small fishing community situated just across the Grand Harbour from Valletta, around a small, sheltered inlet in the inner harbour known as Kalkara Creek. Although there is some speculation that early Sicilian settlers inhabited the area, the first evidence indicates that Kalkara developed as a suburb of the adjacent fortified city of Birgu.

In fact, Kalkara was often referred to as "Fuori la mura" meaning "Outside the walls." When the Knights of St John came to Malta in 1530 they established their headquarters at nearby Birgu, and constructed the Cottonera Lines, a massive line of fortifications which enclosed the cities of Birgu (Vittoriosa), Bormla (Cospicua) and Isla (Senglea) into the area known as Cottonera. This together with the building of Fort Ricasoli at the mouth of the Grand Harbour reduced the threat of attacks by invadors and allowed Kalkara to develop into a quiet, picturesque fishing village and summer residence for the inhabitants of the Three Cities which provided respite from their busier lifestyles within the cities.

Nowadays Kalkara is considered to be the fourth of the famed Three Cities. However it still boasts picturesque open spaces and a charming athmosphere despite its gradual development as a residential area especially after World War II, when the entire Cottonera area was heavily bombed. Kalkara was declared an independent Parish in December 1897 and to this day still has a relatively small population of about 3,000.

To get a feel of Kalkara's truly Maltese character, observe the villagers' quiet pace of life as you stroll along the water's edge near the Parish, which is situated close to where the first parish church was originally. The former was completely destroyed during an air attack on the 10th April 1942. Wander further to the area known as Ta'Bighi where you can see the old British Naval Hospital. You must visit Fort Rinella with its famous 100-ton canon... this fort offers several historic re-enactments to catch your interest. You are also bound to be impressed by the great columns of Fort Ricasoli.

Other places of interest in the Kalkara area are the Is-Salvatur Chapel built in 1650, the Wied Ghammieq Cemetery which was purposely built during the Cholera epidemic in 1837, and Villa Portelli which is historically connected to the British rule. 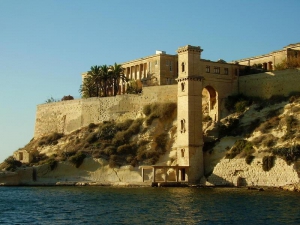 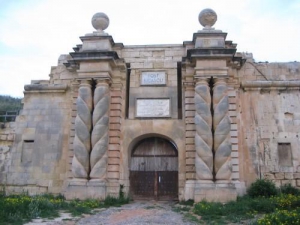 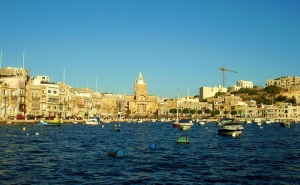 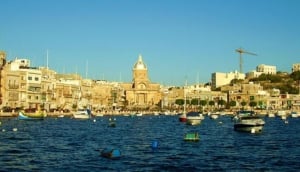 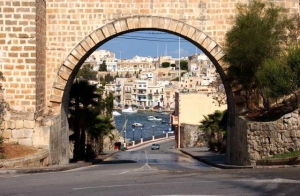