Kirkop is one of Malta's smallest villages and has retained a lot of its laid-back charm of bygone days. This is a place to visit to see how time seems to travel slower in certain places. A few interesting churches and chapels to see too.

Hal Kirkop is a small village in the south of Malta bordering Luqa, Mqabba, Safi and Zurrieq. Kirkop has an intriguing history. Research has shown remarkable traces of Phoenecian bloodline prevalent in Kirkop villagers whose families have lived in this area for centuries. Considering that the Phoenicians occupied the Maltese Islands around 700BC, and that several catacombs from the Punic era are also found across the area (though most remain unexcavated to date), these indications point to Kirkop being one of the older settlements on the islands. In fact, the prehistoric Menhir monolith which is found on entering Kirkop has become the symbol of the village.

Kirkop previously formed part of a larger community called Bir Miftuh (now Gudja) and became a Parish in its own right in 1592, with a Church dedicated to St Leonard, whose feast is celebrated in the 3rd Sunday of September. Interestingly, in this village a secondary feast is celebrated in honour of St Joseph in the 2nd Sunday of July. Two band clubs, which form an essential component of traditional festa culture, compete for the nicest feast, with the rivalry of the two clubs creating an entertaining scenario during the feast days. Another interesting church to visit is the medieval Church of the Annunciation.

A militia cross on a column, known locally as Is-Salib tad-Dejma (pronounced "is-salip tad-day-ma"), is located in Kirkop Square and dates from the Middle Ages. In that period, the Dejma consisted of all men aged between 18 and 60, who were duty-bound to part-take in defence actions protecting the Maltese coast from pirate attacks and the islanders from being taken away for slavery. 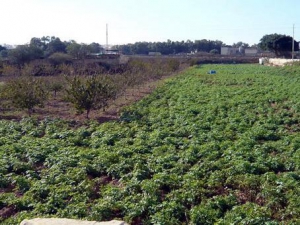 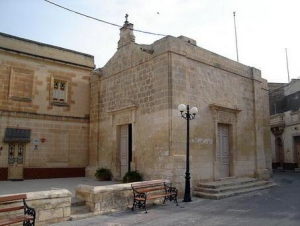 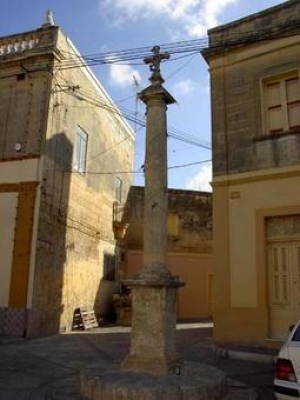 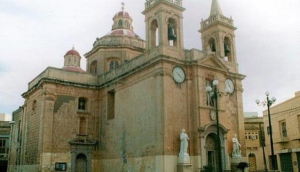 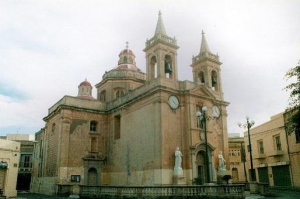