Marsaskala is a seaside resort more popular with locals than tourists (no major hotels in the area) and so has kept a bit more of a genuine feel to it. Good fish restaurants, some popular diving and swimming spots, and a busy seafront promenade all make it a worthwhile excursion.

It was only when the fear of pirates subsided in the 19th century that the Maltese began approaching Marsacala, mainly as a summer residence close to the sea. Until the year 1905 the population of Marsascala was still only 53, but today this has grown to around 10,000, while its continuing popularity as a summer residence causes this figure to triple during the summer months.

Discover the particular atmosphere of Marsascala: it takes just a wander to appreciate its spectacular cliffs and saltpans as well as its promenade, gardens and local clubs. It has gone a long way since the invasions from conquering armies taking land and slaves.

Take the time to visit the many fortifications that were built to help defend the area. Some of the residents even built their own towers and fortified their own houses. The earliest watch tower, Vendome Battery, dates to about 1715. The most important is St Thomas Tower at the bay of St Thomas, which was built by Grand Master Wignacourt. It is a much bigger tower than the ones usually seen on the coast for it was intended to defend the bay and to store arms in it, not just as a look-out on the enemy. Other towers include the privately built Mamo Tower, the privately owned Tal-Buttar Tower and the famous De Redin Tower at Zonqor point. Zonqor Battery also lies in the area while Briconet Redoubt, wonderfully preserved, is located near Marsaskala's parish church and used as a police station.

Even after the area had some means of defence, for a long time Sicilian fishermen were more familiar with the area than the Maltese were and that is how the name Marsascala (or Marsaskala) came to be, since 'marsa' means 'port' and 'sqalli' means 'Sicilian.' Roman remains found at 'tar-Rumi' indicate towards the port's use since Roman times, although cart ruts found there also indicate a much older use of the area.

Marsascala finally became a parish when two priests from Senglea felt inspired to have a church to serve for the spiritual care of the holiday makers, as well as of the local fishermen and farmers, thus a church dedicated to St Anne was built. You may visit also many other chapels that were erected later, including St Gaetan Chapel, St Nicholas Chapel, St Anthony Chapel, Tac-Cintura Chapel, Madonna tad-Dawl (Bidni) Chapel and Madonna of the Rosary Chapel.

Meanwhile the monument of the Three Crosses with the passion symbols remains the most eye-catching and mysterious item of interest in Marsascala, with several theories to its existence, from the practical delimitation of Zejtun from Zabbar, of which Birzebbuga used to form part, to various folk legends. Ask a few locals and see how many different versions for its existence you can get! 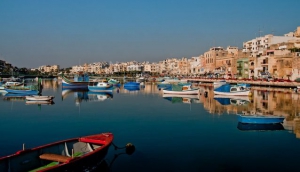 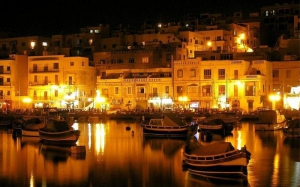 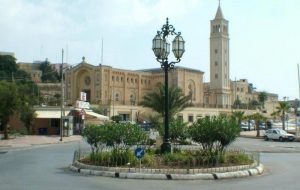 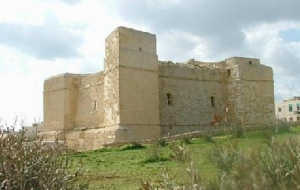 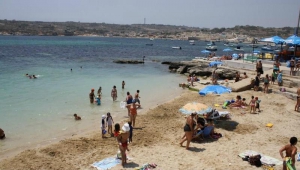