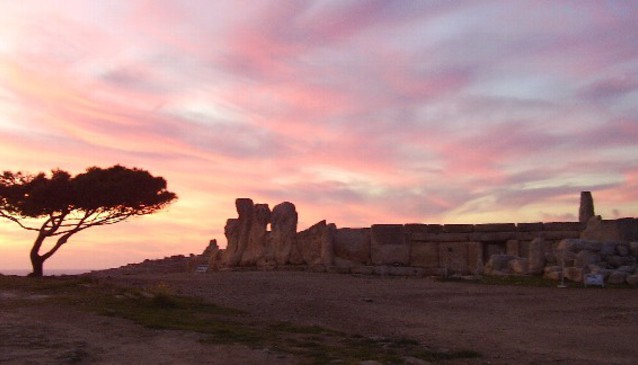 The town is your typical old laid-back Maltese village. A drive out of town brings you to two main attractions... the prehistoric temples of Mnajdra and Hagar Qim, and the coastal inlet known as Wied iz Zurrieq, from where boat trips to the Blue Grotto leave and also a great scuba diving area.

Enjoy a full day with all that there is to see in Qrendi and its surrounding area! This village alone has one main parish church and six other churches and chapels. The chapel of St Matthew lies on the edge of a large, deep hole in the ground, known as il-Maqluba, which legend tells is the site of an ancient settlement of evil men which was specifically destroyed by an earthquake. The only goodhearted lady of the village had been praying in the chapel and thus was saved.

Historical accounts of Qrendi's existence date back to 1419. Visit the war memorials, the Commanders Garden and two buildings of particular interest, namely the Octagonal Tower and the Guarena Palace, both of which were built by the Knights of the Order of St John in the 16th century.

You must absolutely visit the area's most important features, lying just on the outskirts of the village: Hagar Qim and Mnajdra temples. Parts of these Neolithic Temples are said to be the oldest standing structures in the world. They date back to 3500-2200BC and are listed as Unesco World Heritage sites.

The village of Qrendi is found in one of the most picturesque parts of Malta, in the south of the island. Take a walk along the coast near these archeological remains, check out two interesting monuments: a watch tower built by Grandmaster De Redin, which forms part of a chain of watch towers scattered all along the coast of Malta, and a monument left by Congreve, an English governor, by which he left instructions for his burial at sea upon his demise. Another tower, which now serves as a police station, is located in Wied iz-Zurrieq.

Wied iz-Zurrieq is an area of remarkable natural beauty. The coast in that area is scattered with interesting caves. Take one of the several boat-trips which operate daily to the most famous of them all, the Blue Grotto. The effervescent colour of the sea within this system of caverns is spellbinding. It can get very busy in high season and so the best time to visit is early morning when the crowds are still away, the water is at its calmest and, as the Blue Grotto faces the rising sun, the sea colour is at its most magnificent.

Further out at sea is the smallest of the islands which make up the Maltese Archipelago, Filfla. It's always a lonesome but suggestive figure out at sea when viewed from the Maltese coastal cliffs. 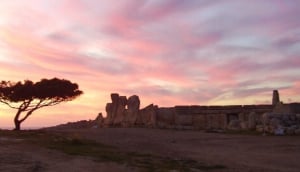