Not to be mistaken with its namesake in Malta, Zebbug is a traditional Gozitan village. Within its wider area it also encompasses some beautiful countryside and coastal areas. Marsalforn is a more recently built busy seaside resort with many dining and accommodation options.

Zebbug is located in the Northern part of Gozo on a plateau joining two of the highest hills of the island, Ta' Abram and Iz-Zebbug. Zebbug is Maltese for Olive Tree and therefore one would assume that the name derives from the wild Olives that grew plentifully in the area.

The history of Zebbug goes back to the Bronze Age (1500-700BC), as the evidence of a Bronze Age settlement on the flat-topped hill of Ta' Kuljat indicates. The area leading from there to Qbajjar, an inlet near Marsalforn, contains several Punic tombs (700-218 BC). A community as we know it today began to take shape from around 1282, and in 1688 it was recognised as an autonomous Parish, with a Church dedicated to Santa Marija, the Assumption. The village of Marsalforn, the nearby popular seaside resort, also has a small church dedicated to Saint Paul Shipwrecked, due to the ancient lore that he departed for Sicily and Rome from the Maltese islands from here, and the feast is celebrated on 10 February.

The long history of the community is evident in the strong traditional culture prevalent in the village. This is apparent in the deep devotion the villagers have for their Church, inthe careful maintenance of the street niches which house holy figures to watch over the village streets, in the local clubs such as the Bocci Club, Shooting Range and Band Club, which constitute the heart of community social interaction, and also in the high quality traditional crafts such as lace, basket weaving and woollen blankets produced by the Zebbugin. Until quite recently, agriculture, wool and loom were the main occupations in Zebbug.

While Zebbug offers a lovely insight to old Gozo villages, you are also likely to be wanting to visit nearby Marsalforn, a popular fishing village and tourist resort situated in the North West of Gozo which forms an integral part of Zebbug. The name refers to the harbour (Marsa) with a reference either to the type of vessels that would seek shelter there (Lifurna) or the caves hollowed out by the sea ('l Forna) which are plentiful in the area. With the development of Mgarr Harbour, Marsalforn lost its importance and for centuries remained a quiet fishing village. Today an overdevelopment of holiday aparments and restaurants have somehow transformed the once peaceful and beautiful haven of Marsalforn, yet it still remains one of Gozo's main attractions.

Marsalforn's beautiful crystal-clear blue waters, not surprisingly, attract Gozitans and toursits by the dozens to enjoy, and here you can also find some good diving spots. The entire coast around the area of Marsalforn is very picturesque with many beautiful bays and swimming spots. Along the sea coast from Xwejni to Wied il-Ghasri you can admire the scores of salt pans dug into the soft limestone which are filled with sea water before summer collecting salt which is left behind after evaporation by the hot sun.

The 'Fortina tal-Qolla l-Bajda, a fortification built in 1716 and which today is referred to as Qbajjar Tower, lies on the promontory between Qbajjar and Xwejni and is the last remainng of a chain of fortifications built around Marsalforn bay to protect it and the rest of the island from invaders. Perhaps the most famous landmark in the area is the beautiful statue of Christ the Saviour located on Merzuq Slope, overlooking the island with open arms, offering Divine protection. 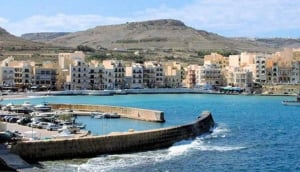 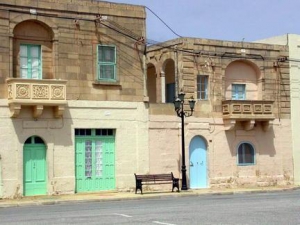 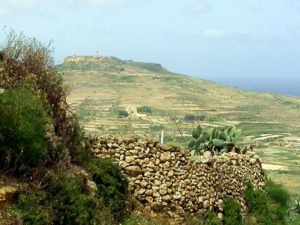 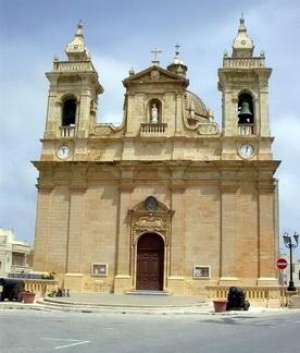 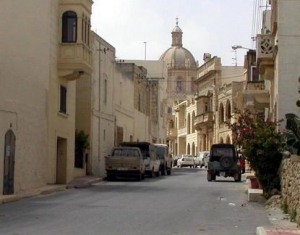 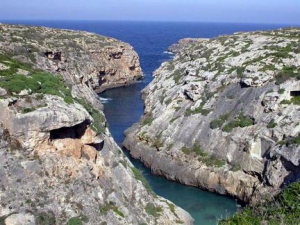 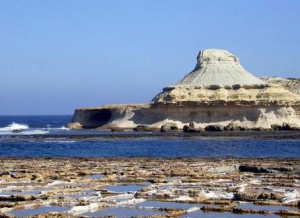