Floriana is situated right on the doorstep of Valletta but overlooked by most visitors to Malta. In Floriana you'll find a number of beautiful Mediterranean gardens, historic buildings and landmarks. Have a look at the attached 'Historic Walks around Floriana' document for more.

The town of Floriana is located just on the outskirts of the walled city of Valletta, with its own awe-inspiring fortifications extending to the famous Portes des Bombes (il-Bombi) guarding its entrance. Floriana was built between 1634 and 1721 by Grand Master De Paule under the direction of Pietro Paolo Floriani to further protect the new Maltese capital of Valletta from attack.

Within the "outer defences" and before entering the Capital's City Gate, one can clearly see that Floriana offers an immense heritage and rich history equivalent to that of Valletta itself. The majestic buildings, monuments, churches and gardens offer testimony to Malta's political and social history from the era of the Knights of St John to the present day.

The Parish Church (1733-1792) is most definitely the most dominant landmark in Floriana. It is dedicated to St Publius, the first Maltese Bishop of Malta, who was martyred in Athens in AD 125. In Floriana you can see two other churches, the Chapel of Sarria and the Friary of the Capuchin Fathers, both from the late 1500's.

The Granaries (il-Fosos) lie in front of the Parish appearing as a huge square, the largest on the island. Underground are deep bell-shaped excavations with round stone caps that serve as lids for the openings, and these were used to store grain, an ages-old custom in the Maltese islands ever since prehistoric times. This open space is often used for mass gatherings from political meetings to music concerts.

Walk around Floriana and you are sure to stumble across a number of several interesting historic landmarks found in the area.The Wignacourt Water Tower, for example, commemorated the inauguration, in 1615, of the aqueduct system which brought water by gravity from the high grounds around Rabat to Floriana and Valletta. The Neo-Gothic Wesleyan Church, now Sir Robert Sammut Hall, stands out conspicuously. The Lion Fountain (1728), which served as the only water supply for the inhabitants of Floriana for a time, was relocated to its present position in 1959.

There's lots more, but Floriana is not all about historic buildings and monuments. Floriana is further beautified by the large number of gardens present therein. We recommend a visit to the Sa Maison Gardens, the Argotti Gardens, and the Garden of Rest, all of which also offer different views of Marsamxett Harbour.

Finally we recommend you spend an evening on the waterfront beneath Valletta and Floriana's bastions for a special dining experience or drinks overlooking the magnificent Grand Harbour lit up in a mystical orange hue. 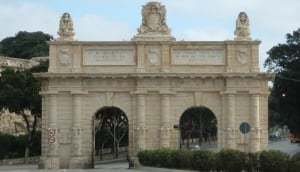 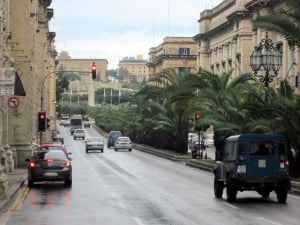 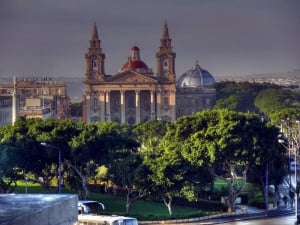 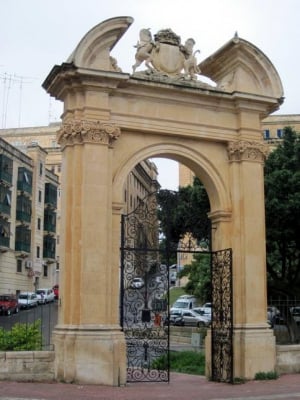 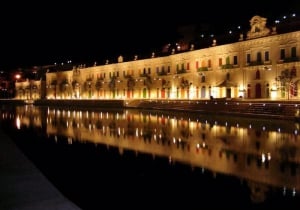