Gharghur is a lovely rural Maltese town close to Naxxar (also reached from Bahar ic-Caghaq). Apart from the typical village square, there are some beautiful walks along the Victoria lines. Get a panoramic view of the north of Malta from the area dubbed as 'top of the world'. As around for directions

Gharghur is a characteristic rural village, one of the smallest villages in Malta, with an area of just 2 square kilometres naturally delineated and separated from surrounding localities. It remains a perfect example of a typical Maltese village with rural and agricultural surroundings.

The village core around the Church area is typical, with commercial activities limited to the minimum for providing for its residents. Visit the Islamic house in Triq il-Gdida and an old bakery in Sqaq Warda to admire some decorations remnant from the Arabic period. See the Lieutenant's Palace, from 1803, at the North of the Village. Get lost in the winding narrow streets on the way. Notice the niches with statues tucked away in street corners.

Gharghur's origins are said to date since the times of the Biblical deluge although, of course, historic remains only indicate as far back as Roman and Punic times. There are also indications that cave dwellers lived in the caves of San Brincat in the Great Fault cliff. Until the 1960's it is said that Gharghur village life was rather confined and many remained uneducated further than primary school, however ease of transportation has changed that. Although today Gharghur's residents have become more worldly, traditional village life is still much alive, also evident by the large number of social clubs present in the village.

Most of the clubs and shops and village activity is happening around the area of the Church. Gharghur used to form part of Naxxar until it became an independent Parish in 1610. The large Parish Church we see today was consecrated in 1736. The interior of this Doric, domed church, which is shaped like a latin cross, is very rich in appearance and definitely worth a visit. Through the years it has been enriched with marble, stone carving, wood-work, gilding, silverware, bells and various works of art by artists of note. One of the most admired statues on the island is to be found here, that of St Bartholomew, to whom the Church is dedicated, which is hewn from a tree trunk. The feast in his honour is held towards the end of August.

As most old villages of Malta, Gharghur also has several small chapels that served its inhabitants prior to, or aside from, the main Parish. Some of these are very old. The chapel dedicated to St.John the Baptist, for example, dates from 1225 A.D. Two small chapels dedicated to the Assumption of Our Lady, one known as "Ta' Bernarda", and the other as "Taz-Zellieqa" also date from the mid-sixteenth century.

Another historic building of interest is the Semaphore Tower, using the system developed by the French Chappe brothers, which was later adopted by the French and then the British Armies. During WWII, the Gharghur Signal Tower was also used by the 2nd Battalion Royal Irish Fusiliers as an observation point.

In fact Gharghur is perched on a hill and surrounded by Valleys. Wander down to the valley and take a beautiful walk along the Victoria Lines, a low defence wall which was built in 1878-80 along the cliff caused by the Great Fault. This wall winds through the hills and villages, starting in Madliena and ending at Fomm ir-Rih l/o Rabat, around Gharghur through an area dubbed "Top of the World." Stop here for a bird's eye view of Bahar ic-Caghaq along the Maghtab plain to St Paul's Bay and the north-eastern coast below, and the sea beyond for miles and miles... 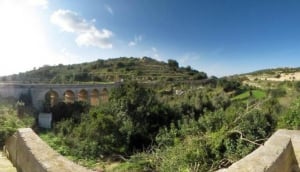 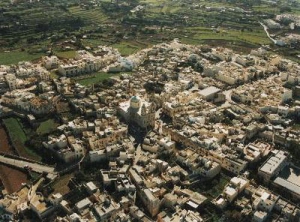 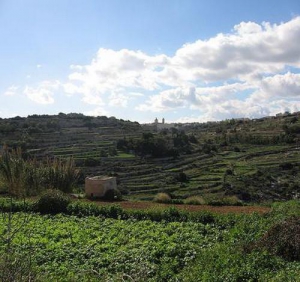 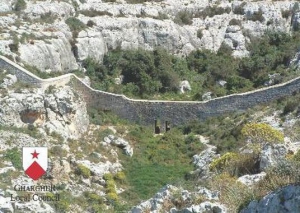 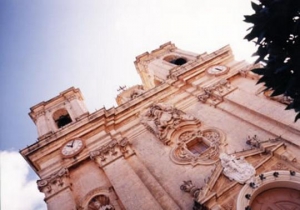 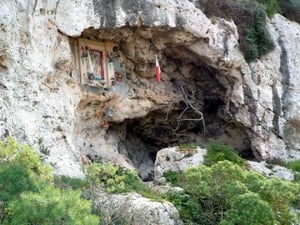 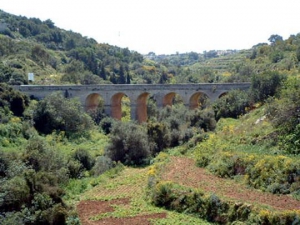