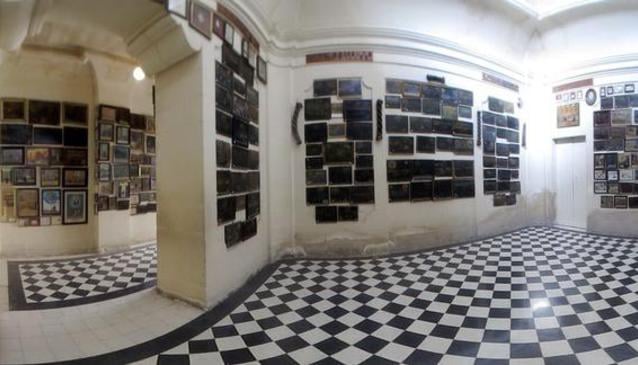 A place which still attracts the devout praying for divine intervention. The chapel is beautiful and an adjacent room bears witness to the many miraculous healings associated with this sanctuary.

This old church is located in a narrow alleyway just behind the Parish of St Helen in Birkirkara. A large opening leads to the small sanctuary dedicated to the Holy Mother Mary, although there are various theories on why it is called "Tal-Herba."

The chapel earned itself quite a reputation after a miraculous healing of a devout man who walked with crutches. The story goes that the man had heard the church bell while walking with his crutches in the area one day, and made haste to attend the mass. As he entered the chapel his crutches fell from his hands and he found himself healed. His heart was filled with inexplicable bliss and he fell to his knees offering praise to the Lord and the Madonna.

This man's story quickly spread and soon people began to visit this chapel as a place of pilgrimage. Moreover, many continued to receive graces and be healed from incurable diseases by praying to the Madonna tal-Herba.

It is definitely worth a visit to this chapel, as it is very pretty as it is interesting. It is lavishly and colourfully decorated, with geometrical floor tiles and several works of art. The titular painting of the Virgin and Child dates back to 1668-1679, while the even older painting which was replaced is now found in the Oratory of the Sanctuary. Among the artifacts found here is also a very special ganutell bouquet which had been offered to Grand Master La Vallette in commemoration of the victory of the Great Siege.

Through a door that is usally kept closed, you could enter a room which walls are covered from floor to ceiling with ‘ex voto’ offerings commemorating miraculous healings. Most are paintings but you can also find some remnants such as babies' plaster casts or crutches and the likes. It is clear that while some are very old, some are definitely new, evidence of the continued faith in the healing powers of Madonna tal-Herba by the devout. 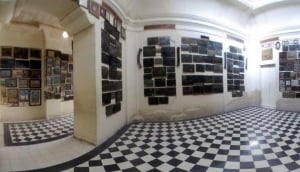