Visit the must sees (Co-Cathedral, Upper Barrakka, etc...) but then make sure to get lost in the less commercial parts of Valletta for a true taste of the city and its hauntingly beautiful old streets (mostly in disrepair). The key is walking beyond the Grand Masters Palace where most tourists stop

Built in 1566 after the Ottoman Empire had unsuccessfully invaded the islands (a chapter in Malta's history that the locals are very proud of), the following description of Valletta is taken straight out of UNESCO's World Heritage website: 'The capital of Malta is inextricably linked to the history of the military and charitable Order of St John of Jerusalem. It was ruled successively by the Phoenicians, Greeks, Carthaginians, Romans, Byzantines, Arabs and the Order of the Knights of St John. Valletta's 320 monuments, all within an area of 55 ha, make it one of the most concentrated historic areas in the world.'

It is beyond the scope of this website to give a detailed description of all of these monuments...however, we can direct you to the most significant sites you should visit while strolling around this open air museum.

St. John's Co-Cathedral has to be the 'must-see' site out of all the jewels within Valletta. Built by the Maltese architect Gerlomo Cassar in the 16th century and with its lavish intricate interior created by the prolific Italian artist Matteo Pretti, this is the place where the Knights of St. John spent enormous amounts to embellish and is considered to be the first complete example of high Baroque anywhere. Just the decoration of the vault took Pretti five years to complete. The flooring is eerily a magnificent marble mosaic of tombstones where many 16th to 18th century European nobles are buried. Oh...and did we mention that the Cathedral is also home to one of Europe's most extraordinary and famous artworks? The Beheading of St. John the Baptist by the maestro Caravaggio (this is the only painting to which he put his signature).

Museum buffs are in for a treat thanks to the various museums in Valletta including the National Museum of Archaeology, the National Museum of Fine Arts and the National War Museum all present within its borders. Not only do they contain various fine specimens within their area of relevance but the museums themselves are housed in the finest examples of historic and architectural buildings the capital has to offer - Auberge de Provence, Admiralty House and Fort St. Elmo respectively. Also partially open to the public is the Grand Master's Palace with its State Apartments and Palace Armoury.

Also worth a visit is Malta's national theatre, the Manoel Theatre. At nearly 300 year's old it is one of the oldest in Europe and another baroque jewel which still hosts regular performances.

For a leisurely stroll and a panoramic view of the evocative Grand Harbour and The Three Cities head towards the Upper Barrakka Gardens. The Grand Harbour is one of the world's largest and deepest natural harbours and has played a central role in Maltese history since the Phoenician times. On its shoreline just beneath the capital's fortifications, is the redeveloped Pinto Wharf, now renamed to the Valletta Waterfront. This is the docking place for an ever growing cruise ship industry and is lined with quality restaurants, cafés and shops.

The main street of Valletta, Republic Street, runs down the whole length of the capital and is the main commercial street on the island. Here you can find shops selling all and sundry from expensive branded products to more mainstream items.

Dining options around Valletta are good with quality restaurants also serving the local business community. Cafés are abound too, both in the centre of the capital and on the borders with views of the Grand Harbour. An increasing presence for the evening crowd in Valletta are trendy up-market bars usually atmospherically built within restored medieval vaults and stores and with tables set-out on the narrow streets. 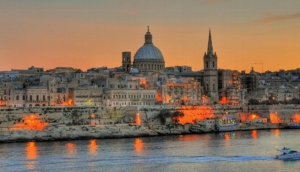 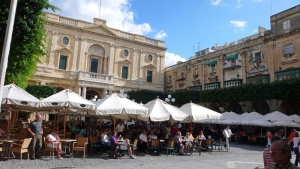 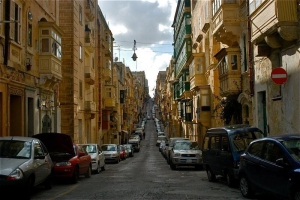 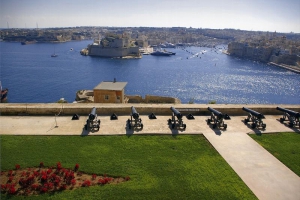 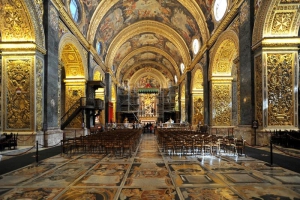 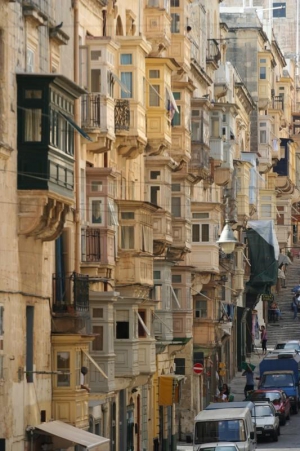 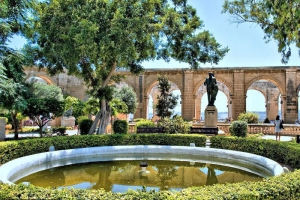 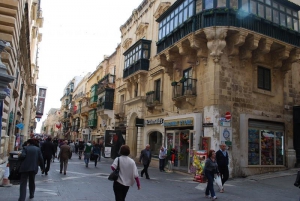 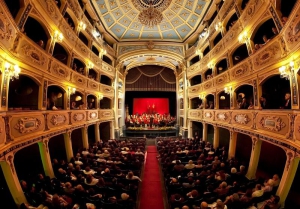 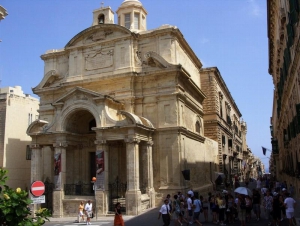 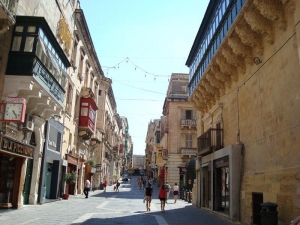 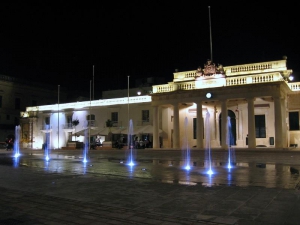 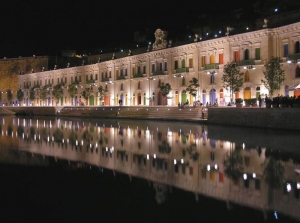 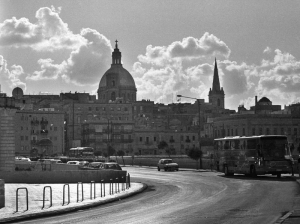