The Mgarr Harbour actually forms part of Ghajnsielem, so it is the village to welcome all visitors to Gozo. A typical village centre and lovely coastal walks especially around Mgarr ix-Xini and ix-Xatt l-Ahmar. The Christmas 'Betlehem f'Ghajnsielem' event is rightly very popular.

Even as you enter Mgarr Harbour, you will see many of the famous landmarks of Ghajnsielem, the first Gozitan village you will encounter as you disembark from the ferry at Mgarr Harbour and head into the heart of Gozo.

Ghajnsielem means the Spring of Peace, although the name is also thought to mean the Spring of Selim, a Turkish Navel Commander who replenished his ship's water supply from it everytime he sailed by the islands. The natural water spring which inspired the name of the village was turned into a wash-house in 1700 by Grand Master Perellos, but sadly, in 1954, the historic wash-house was demolished and the spring spring that gave its name to the village was entombed so as to further enlarge the village square.

A visit to Ghajnsielem inevitably starts with Mgarr Harbour and fishing village. Head up to the Chapel of Our Lady of Lourdes, which offers fantastic views of the harbour, especially at sunrise or sunset. On the left side, the 18th Century Fort Chambray offers amazing views of Gozo's southern cliffs and Xatt l-Aħmar Bay overlooking the Comino Channel. From here you can take the narrow winding road leading to secluded bay of Xatt l-Ahmar or head towards the village centre to visit the Lombard-Gothic Parish Church dedicated to Our Lady of Loreto. The old parish church and the mysterious 'Pjazza tad-Dehra' (square of the apparition), where it is believed that Our Lady had spoken to a local shepherd named Anglu Grech, also lie in the vicinity.

This apparition is what had led to the first erection of a statue housed in a niche where locals would gather in prayer since the Nadur Parish, of which Ghajnsielem previously formed part, was too distant. In 1810 the first small chapel was built, with bigger churches being erected later to account for a growing population such that the village was established as an independent parish in 1855, while the new parish church we know today was consecrated in 1978. Religiosity and religious culture remain very strong in Ghajnsielem, with no less than ten procession events happening in the village each year. Several NGOs, clubs and organisations form the heart and soul of community life to this very day.

While there are several indications pointing to early use of the area around the spring and the surrounding caves and coves, Ghajnsielem is one of the last villages to develop as we know it today. The site was dangerously close to an ideal landing place for pirates, and the fresh water springs were known to friend and foe. It was one only from the middle of the seventeenth century, when Grazes Tower then Fort Chambray offered some protection to the area and the Gozo-Malta channel was rendered safer by the construction of Santa Marija Tower on the mid-channel island of Comino that the fear gradually subsided and the first farmhouses were built close to the spring that gave name to the village.

Between 1940 and 1942, eleven shelters were dug throughout the village of Ghajnsielem and another four within Fort Chambray. Post-war times were tough but the development of Mgarr harbour in the late sixties helped Gozo to unleash a new era of prosperity for Ghajnsielem. By now a number of bars and restaurants serve the visitors who come to enjoy the views and the centre of Ghajnsielem which is probably one of the most beautiful squares in Malta and Gozo. 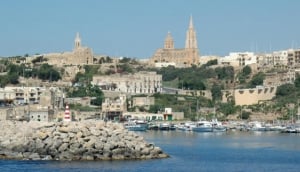 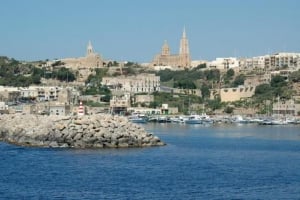 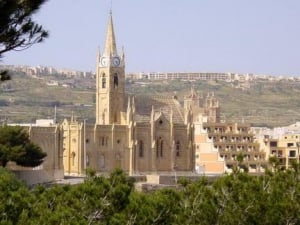 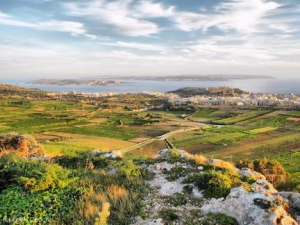 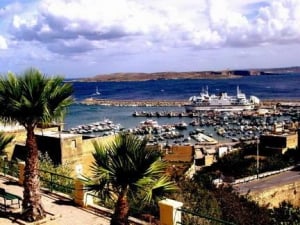 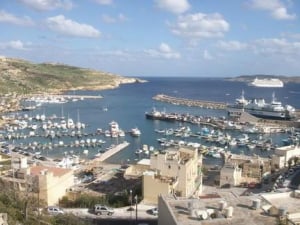