Ghaxaq is a small village in the South of Malta. Mainly residential with significant amount of agricultural land. Come here not for any attractions but for the local life with the parish church square and the two active band clubs.

Hal Ghaxaq is a very old village situated in Southern Malta, which broke off from the confines of Zejtun in 1626 when it became an independent Parish. The village name probably derives from the family name Axiaq which might have belonged to an important family in the area. The other possibility is that it derives from the Maltese word meaning delight, which would suit it well.

In its early days at the beginning of the 15th Century, village life in Ghaxaq centred around the Church. The first chapel was built there in 1511 and was dedicated to the Assumption of St.Mary but only one mass was celebrated in this chapel each year in August on the occasion of the feast of the Assumption. There were no other sources of entertainment so the village feast and other religous activities were a welcome community gathering.

The village festa tradition is still very much alive today, with the Ghaxaq festas - held on the first Sunday of June in honour of St Joseph and on 15th August in honour of St Mary - vibrant and enthusiastically attended by the village youth and old alike. If you visit the village during this festival time, do not be alarmed to see everyone painted in blue or green from head to toe, to show their allegiance to their favourite band club. Note that the rivalry between the feasts of St Mary and St Joseph proves to be quite an ironic but rather amusing attraction! Another yearly event which is increasing in its popularity is the spontaneous Carnival celebration held in February.

To truly appreciate the pride of Ghaxaq, visit the Saint Mary Band Club (est.1808) and the Saint Joseph Band Club (est.1874) which serve as a community meeting place on a day to day basis. A must is a visit to the Parish Church, a wonderful Baroque monument situated at St. Mary's Square, which is also the village's main square. If you like quaint old chapels, seek out St Philip's Chapel in St. Philip Square and St Lucy's and Christ the Redeemer Chapels on the outskirts of the village.

Probably the most unique feature in Ghaxaq is the sea-shelled house, a unique house in Malta decorated entirely with seashells. It is located in St Mary Street near the Church.

As for the rest, a wander through the village core and the outskirts of Ghaxaq will prove delightful no doubt. Village character in Ghaxaq is still very noticable, with agriculture and animal husbandary still a means of livelihood for a couple of hundreds of residents. 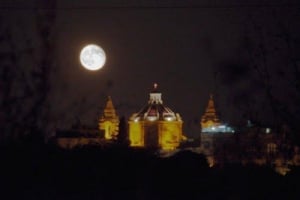 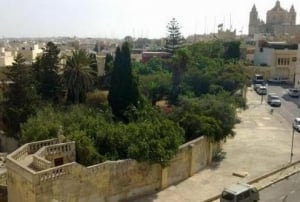 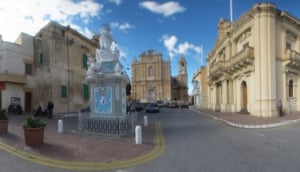 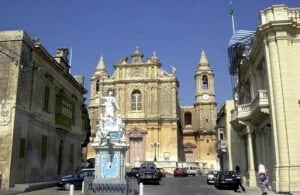 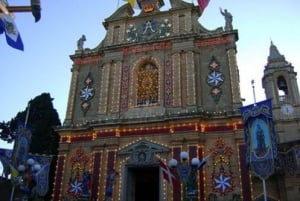