Xewkija is home to that colossal church so visible from Malta when looking out to Gozo. A visit is highly recommended. Then head off to Mgarr ix-Xini for one of the most secluded and picturesque bays you will ever see.

Xewkija is a relatively large village situated between Ghajnsielem and the capital Victoria. The name Xewkija derives from the Arabic and Maltese word for thistles, and probably was a reference to an area thick with thistles. Xewkija has now developed so much it is hard to imagine what it looked like then.

The first parish to detach from Victoria in 1678, it is the oldest village of Gozo. At the time this was possible because Xewkija could sustain itself thanks to the fertile feeds that surrounded it, it was well-guarded by two towers and the community was located close enough to the Citadel. This autonomy led to quick development of Xewkija, which is evident today even by the presence of the University of Malta (Gozo Section), the Employment & Training Corporation offices, a large Industrial Estate and the Government Farm, as well as the Gozo Stadium and two important Cemeteries.

The most famous landmark of Xewkija, however, is certainly its majestic church. The Rotunda (1695-1734), which is dedicated to St. John The Baptist, is the largest in Gozo. A bell-tower was built in 1738 and the dome was raised in 1830. The chapel which is popularly referred to as Tal-Madonna tal-Hniena, or the Blessed Virgin Mary of Mercy, is actually dedicated to St Bartholomew and is known to exist since 1397. While you wander around Xewkija keep your eyes peeled for several old niches in house facades and street corners.

There are also a number of historic buildings to admire, such as the windmill built during the time of the Knights; note that it indicates the eight principal wind directions. There are also a number of towers to visit, from the same period, such as the tower of Santa Cecilja. Older still is the famous marble slab of Majmuna which bears and Arabic inscription dating to 1173 commemorating the death of an Arab girl although the pagan symbols on its underside indicate its previous belonging to a pagan temple. The prehistoric remains of a Megalithic Temple have mostly been destroyed during the building of the church and possibly constitute some of its foundations. Excavations in the area unearthed pottery and animal bones, while several Punic objects were discovered around Xewkija. A Roman wall 6.85 meters long was discovered in 1951 near tal-Horob. Several items found from these periods as well as a Roman Olive Mill are preserved at the Museum of Archaeology.

A very famous part of Gozo within the limits of Xewkija is Mgarr ix-Xini, which means Galley Port. It is a steep sided creek at the mouth of a deep valley which provided ideal shelter duirng stormy weather as well as being an amazing natural beauty. The valley itself, Wied Mgarr ix-Xini, is rich in biodiversity and here you can also find the a number of mysterious pans which are thought, due to their location, to have formed part of a clay lavation process for the production of pottery dating from Arab times. Search for an ancient cave nearby which has huge stalactites hanging from its roof. The cave is known as Il-Qniepen, the Bells, probably due to shape of the stalagmites or a resonance sound they may have made prior to breaking off. This partially caved-in cave used to be a dwelling place for trolglodytes, and is popularly used by modern man for abseiling! 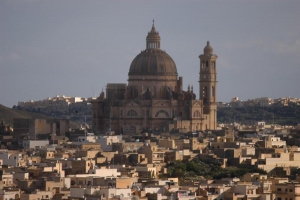 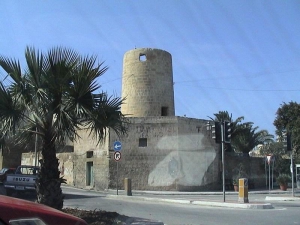 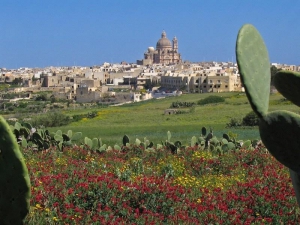 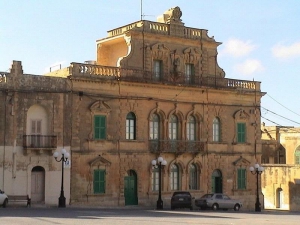