A fascinating look into a labyrinth of underground tombs from the 3rd century! Can be easily combined with a visit to the rest of Rabat and to the nearby favourite medieval city of Mdina.

St. Paul's Catacombs represent the oldest and largest evidence of Christianity on the Maltese islands. This archaeological treasure is a typical complex of adjoined underground Roman cemeteries located outside the old Roman capital at the time called Melite (today Mdina). The catacombs were unearthed in Rabat in 1894, today Mdina's larger neighbouring town.

The site consists of more than thirty hypogeal over two large areas. The main one covers an area of more than 2000 square meters of interconnecting passages and tombs. St. Paul's Catacombs were named as such due to the myth that they were also once linked to St. Paul's Grotto. Much larger examples of Roman catacombs may be found in Rome but the uniqueness of these subterranean cemeteries lies in their unqiue showcase of Maltese underground architecture.

The entrance to the main complex of St Paul's leads to two considerably large halls, adorned with pillars made to resemble Doric columns and painted plasters most of which have now disappeared. On keeping with what seems to have been a norm in most christen catacombs, these main halls are equipped with two circular tables set in a low platform with sloping sides which resemble the reclining couch (triclinium) present in Roman houses. In all cases present in the main complex and the numerous other Christian Hypogea of the site, both table and couch are hewn out in one piece form the living rock forming a single architectural unit within an apsed recess. Although various interpretations may be found, these triclinia, or Agape tables, were probably used to host commemorative meals during the annual festival of the dead, during which the rites of burials were renewed.

The Saint Paul's Catacombs complex houses a very small collection of artefacts that is directly related to funerary practices of Imperial and Late Roman periods. Unfortunately very little is known about the material found within the tombs of this complex but artefacts found in other burial complexes in Malta show that the material remains buried with the deceased were often of similar types. These artefacts include decorated lamps, unguentarii and balsamarii, copper bracelet and bone pins, figurines and funerary inscriptions. 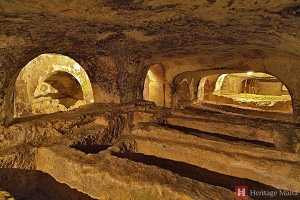 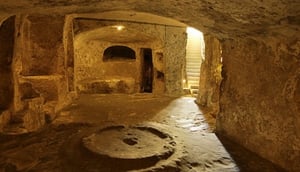 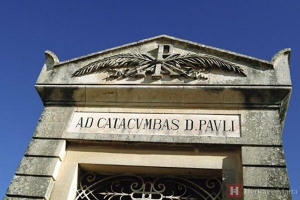 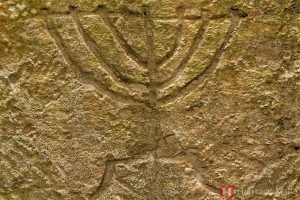 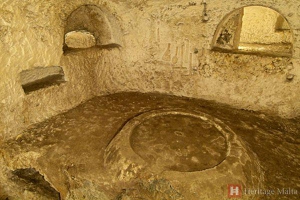 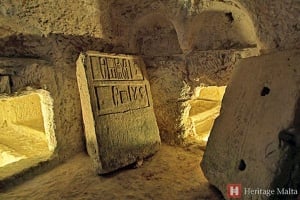 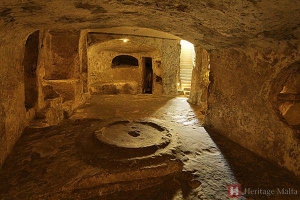