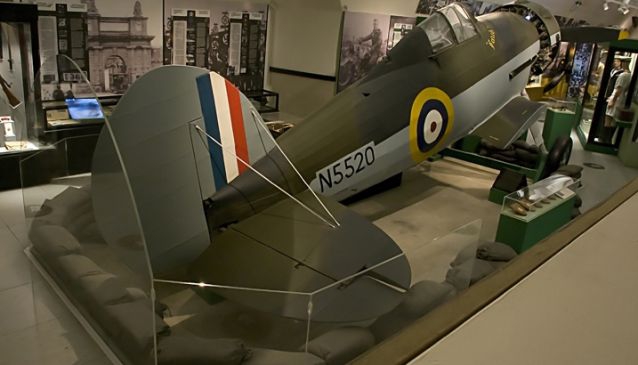 Curated by Heritage Malta and set within Lower Fort St Elmo, this museum is dedicated to Malta's role in both the first and second world wars. It includes a number of artefacts, memorabilia, models and real arsenal.

The National War Museum is located in the building known as the old Drill Hall of Lower Fort St Elmo, Valletta. The fort was built in the mid 16th century by the military engineer Pietro Pardo. It was heavily bombarded during the Great Siege of 1565 before it fell on 23 June. In was reconstructed soon afterwards. Further modifications and developments in its structure took place in the 17th and 18th centuries following advice from military engineers such as Carl Grunenberg, Francois de Mondion and Rene Jacques de Tigne.

Several additions were made in the 19th century by the British, who improved the fort for modern military needs. The fort was also active during the Second World War.

The museum was completely refurbished in 2009. The collection on display focuses on the two World Wars (1914-18 and 1939-45). It recounts the story of the events which led to the two wars, their development and major actions, and also their consequences, locally and abroad. Special reference is made to the role of Malta in the theatre of war and the contribution of the Maltese population to the war effort, especially during the incredibly difficult conditions of 1942. The tour ends with the memorial dedicated to those who sacrificed themselves for Malta's freedom.

The visit in the National War Museum commences from the origins of the First World War, the outbreak of war, the major battles on land and at sea, and Malta's role as naval base and Nurse of the Mediterranean. Artefacts on display include German machine guns, trench mortars and a torpedo.

Following a brief overview of what occurred in Malta and in Europe in the inter-war period, with special attention to the social situation in Malta the rise and spread of Fascism and Nazism, the focus is shifted on the outbreak of war. Malta was preparing itself to defend the civil population. It officially entered the war and started being bombed the day after Mussolini declared war on the Allies on 10 June 1940. The star item in this section is certainly the Gloster Sea Gladiator 'Faith'.

In 1941 the situation worsened in Malta following the direct involvement of the German Luftwaffe. Their attacks brought death and devastation. However April 1942 was the worst month for Malta and on 15 April 1942 King George VI honoured the Maltese Islands with the George Cross for their bravery. Another difficult month was August, when Malta was on the verge of surrender. The arrival of Convoy operation 'Pedestal' on 15 August, however, meant that Malta could live to fight another day.

The next section features the Willys Jeep 'Husky' used by General Eisenhower before the invasion of Sicily of 1943 and also by President Roosevelt during his visit to Malta. Following the surrender of Italy in 1943 Malta was officially out of the war. In February 1945 a series of meetings were held in Malta before the Yalta Conference. The war ended in Europe on 8 May 1945, known as VEDay, and in the Far East on 2 September 1945, known as VJ-Day, after six years of world conflict. 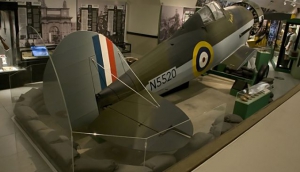 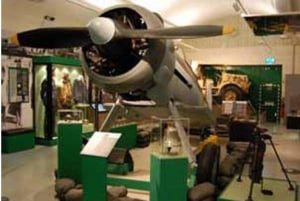 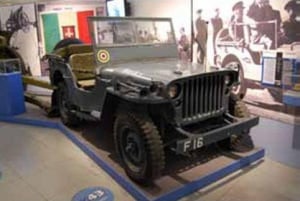 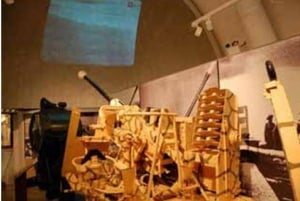