San Lawrenz is a small and quiet Gozitan village... however, it also comprises the must-see attraction of Gozo... Dwejra. The inland sea, blue hole, azure window, fungus rock and towering cliffs all make up this beautiful spot of dramatic landscapes. Also offers the best diving area on the islands.

San Lawrenz is a picturesque, rural village situated in the west of the island of Gozo, bordering Kercem and Gharb. The village is built on a plain surrounded by three hills, one of which is 195 metres above sea level making it the highest point in Gozo. San Lawrenz also has within its territory the beautiful Dwejra Bay which is renowned for its unique geological and ecological features. The natural reserve Fungus Rock, the majestic Azure Window and the intriguing Inland Sea are well-known landmarks and no visit to Gozo is complete with a visit to this place.

From the Inland Sea take a boat ride out to the sea through the narrow, sixty metre-long tunnel in the cliffs to an opening called Ghar iz-Zerqa (Blue Cave). The fishing boat will take you to take a closer look at the protected Fungus Rock, a 65 metres-high megalithic rock where the Knights discovered a medicinal fungus locally known as Gherq is-Sinjur.

Visit Dwejra at sunset to make the most of an awesome spectacle set against a series of dramatic landscapes and seascapes which continue to fascinate geologists. The rare geological features extend to the under-sea, so that the famous Blue Hole, the Coral Cave and a series of caves and cliff walls which host an interesting variety of marine life make this one of the most sought-after diving sites in the entire Mediterranean.

In Dwejra you can also admire Dwejra Tower which was built by the Knights in 1651 as a coastal defence but was later used to guard the Fungus Rock (Hagret il-General) and the precious medicinal fungus that grew there. Walk to the chapel dedicated to Saint Anne and follow the mysterious pair of cart ruts dug out in the rock all the way up to the towering cliffs north of the Inland Sea and have a go at trying to help historians figure out what was their use, the inexplicable way in which they start and terminate and the unexplainable two metres drop.

The village of San Lawrenz itself is also particular. With a population of just 566 people as per the 2008 Census, it is the second least populated village in Gozo and third least in all of the Maltese Islands. There is one restaurant, the village shop and a bar run by the local football club. Until the Second World War most of the locals were farmers but now many are government servicemen or self-employed.

Records of the famous San Lawrenz chapel date as far back as 1545. This was renovated and even rebuilt several times through the ages, with the present one completed in 1665. Traditonal folk tales tell how a stream had surfaced in great time of need while the rebuilding was being carried out, and then dried up just after completion of the works, understood to be God's divine intervention.

The Church dedicated to Saint Lawrence was built by the villagers' own hands with dedication and was completed in 1889, becoming one of the most beautiful baroque churches on the island with several beautiful pieces of art, including four paintings by the famous artist Giuseppe Cali depicting Christ on the Cross (1892), Our Lady of Pompeii (1893), San Michael (1891) and Saint Joseph (1892).

Until San Lawrenz was declared a parish in 1893, the village was known as Ta' Cangura and formed part of the neighbourhood of Gharb. On becoming a Parish it assumed the same name as its well-loved Patron Saint, Saint Lawrence, whose feast is celebrated on 10th August. 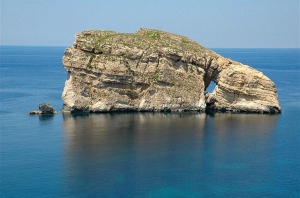 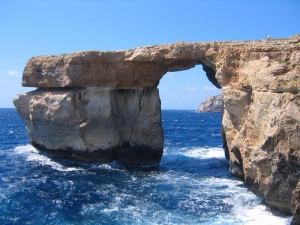 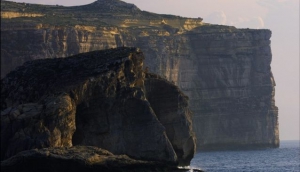 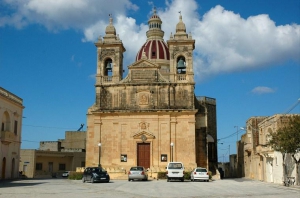 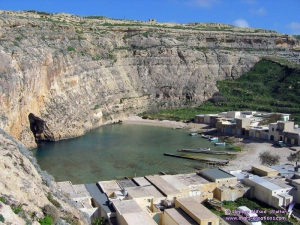